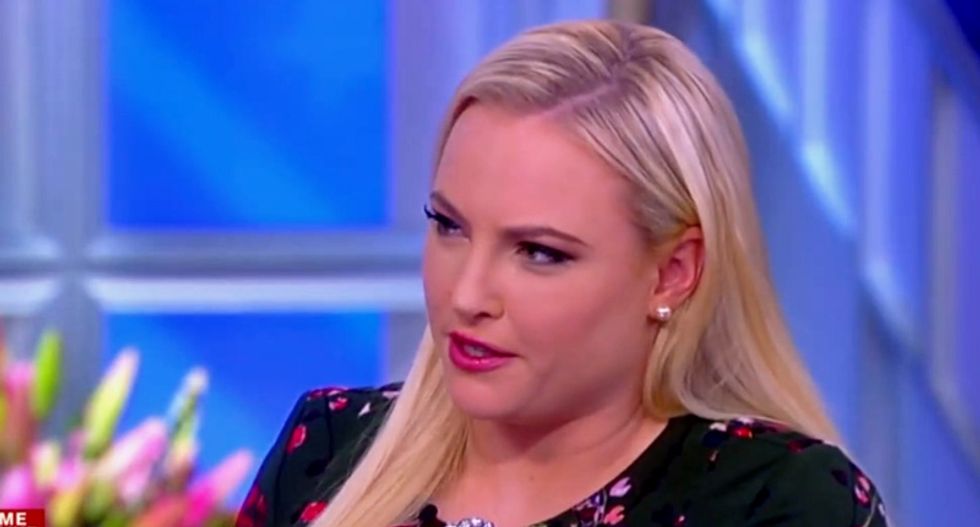 The View co-host Meghan McCain on Tuesday insinuated that former acting FBI director Andrew McCabe was a liar, and was only using his new book as a way to avoid more trouble.

"I don’t believe you're a reliable narrator. And I'm not convinced this shot to just some kind of PR campaign to stop yourself from getting indicted," McCain said, noting that the Justice Department’s inspector general had accused McCabe of “lacking candor.”

She asked McCabe if he had ever leaked information to the New York Times. He said he "absolutely" had not.

"When I was serving as the deputy director, I was 1 of 2 people in the FBI that had the authority to disclose information to the media," McCabe said.

"Then why did James Comey deny the claim that he approved your leaks to the press?" McCain pressed.

"I don’t know why Jim Comey doesn’t remember the conversations that we had in the same way that I do. He was under an enormous amount of stress at the time. He had a lot of other more important things to worry about," McCabe replied.

Co-host Joy Behar then interjected with a question of her own: "I thought you guys [at the FBI] wrote everything down?"

McCabe replied that he only took notes after having a conversation with someone he did not trust.