The View producers fed up with Meghan McCain for her on-screen outbursts and 'sulking': report 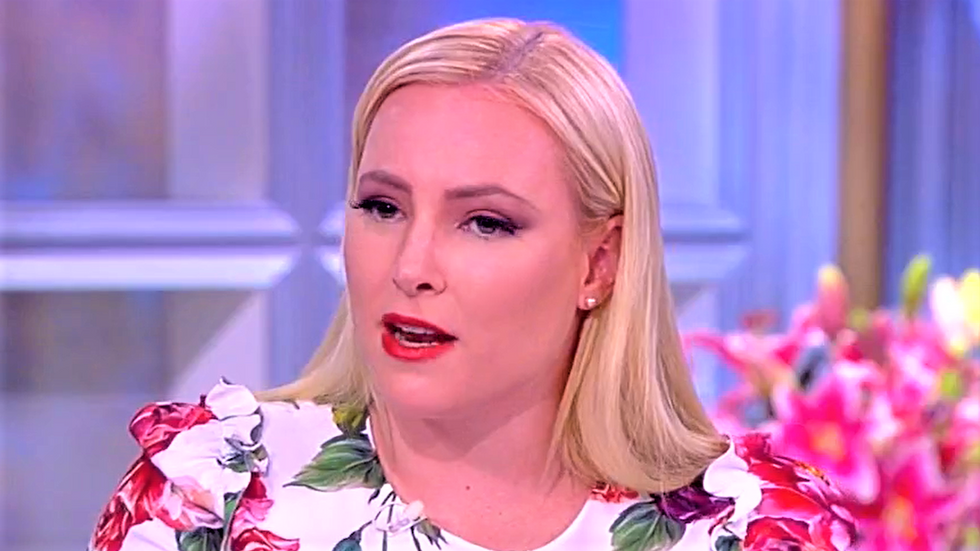 Producers for "The View" are reportedly fed up with co-host Meghan McCain — and have told her to shape up or ship out.

Radar Online reported Tuesday that according to a source at "The View," producers have chided McCain for an on-screen feud she had with fellow co-host Joy Behar on Monday.

During the spat, Behar panned her co-host for having a "hissy fit" over a discussion about senator and presidential candidate Amy Klobuchar (D-MN) and Donald Trump.

“Can I say something now? Is that ok? Do I have permission to speak now on Amy Klobuchar now? We’re all good?” McCain said at one point. “Alright, nope, nope, by all means, keep going, Joy."

“If you’re going to have a hissy fit, we can’t continue,” Behar responded.

“Producers told Meghan that she can’t sulk and sit in silence,” the "snitch" told Radar. “They have told her that this is a tv show and a talk show and the hosts must talk. They cannot sit in silence, upset and pouting.”

Following the on-screen fight, McCain reportedly "blew up" at the show's producers for "taking Behar's side" and giving her "unfair treatment."