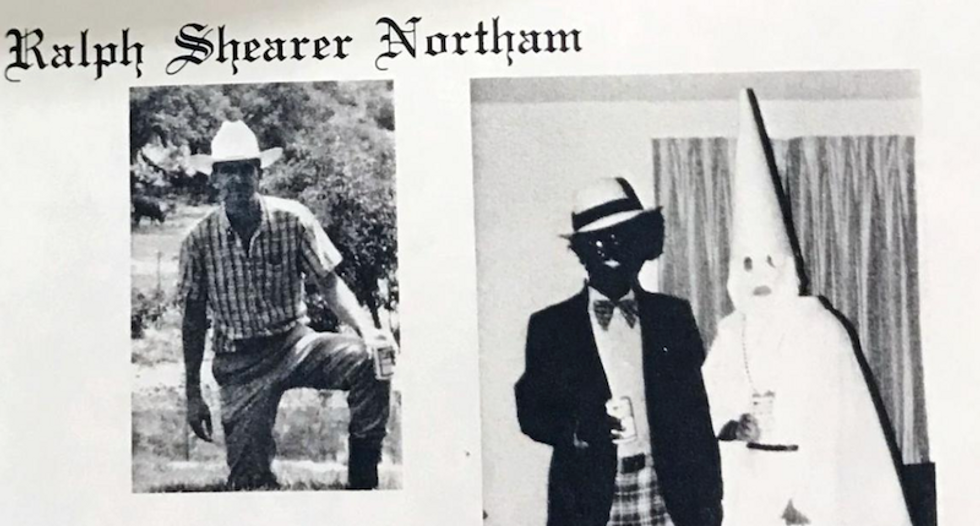 Virginia's Democratic governor, Ralph Northam, has admitted he appeared in a racist photo in his college yearbook.

As first reported by the Virginian-Pilot, Northam's yearbook includes a photo of a man in blackface standing next to a man in a white Ku Klux Klan hood.

Northam admitted he was one of the men, but did not say if he was the Klansman or the man in blackface, in a statement of apology.

If Northam resigns he will be replaced by lieutenant governor Justin Fairfax, who is black.