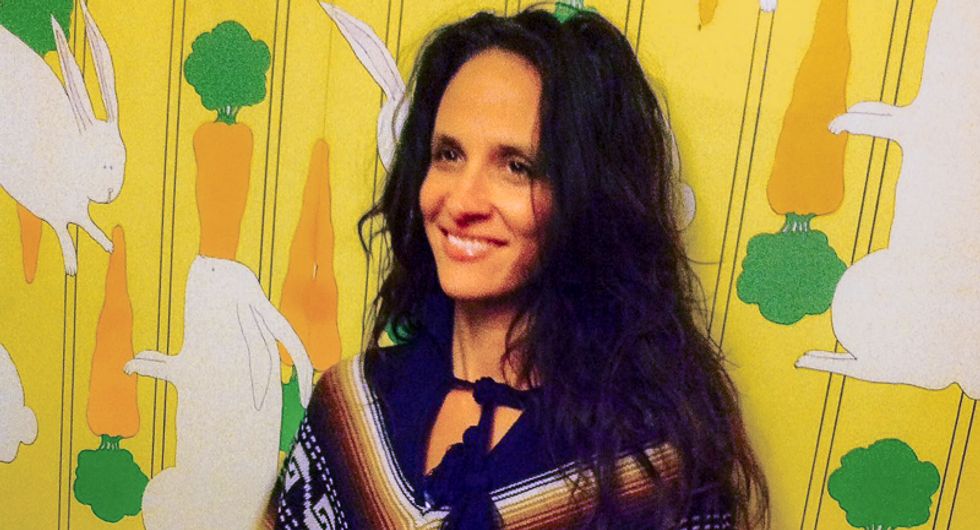 An activist who supports the Equal Rights Amendment (ERA) is being held in jail without bail after she exposed her breast during a protest.

According to Richmond Times-Dispatch, Michelle Renay Sutherland, 45, reportedly exposed one of her breasts while dressing as the Roman goddess Virtus, who appears in similar garb on the Virginia state seal.

The protest took place as Virginia lawmakers were debating whether or not to pass the Equal Rights Amendment.

On Monday, a magistrate set a secured bond of $700 for Sutherland.

But during a video hearing on Tuesday, Judge Lawrence B. Cann III ordered the activist to be held without bail until her court date on March 21.

“They’re putting the goddess of virtue in jail and this is the goddess that is on the seal of Virginia overthrowing a tyrant," White told the Times-Dispatch. "You know that this is coming from a political standpoint.”

“The system was designed by men, for men, and they seem intent on scaring women from political speech. In this situation we see a man exerting authority, who had no basis for that authority because Ms. Sutherland was not doing anything illegal.

"Further, the judge overstepped the boundaries of reasonableness, perhaps to make an example of Ms. Sutherland. This is part of the reason why we need the ERA, because the system is so male centric and they don’t know what to do with women who challenge their authority by using their First Amendment protected rights.

"We hear Ms. Sutherland is in good spirits and talking with women in the jail about the Equal Rights Amendment. She now has a very good attorney and we hope she will be out shortly. Women will not be silenced.”

Kevin Martingayle, president of the Virginia State Bar, said that the judge's order is unusual.

"What the woman did in reenacting the flag/seal is classic political speech entitled to the highest free speech protection known to law," Martingayle explained. "She should win and the denial of bond seems to be totally inappropriate. I am very surprised to see that done in a case in which she’d be unlikely to get jail time even if convicted."

Sutherland reportedly has no criminal record.