'Virtually broke': Roger Stone bellyaches that gag order will prevent him from soliciting money for defense 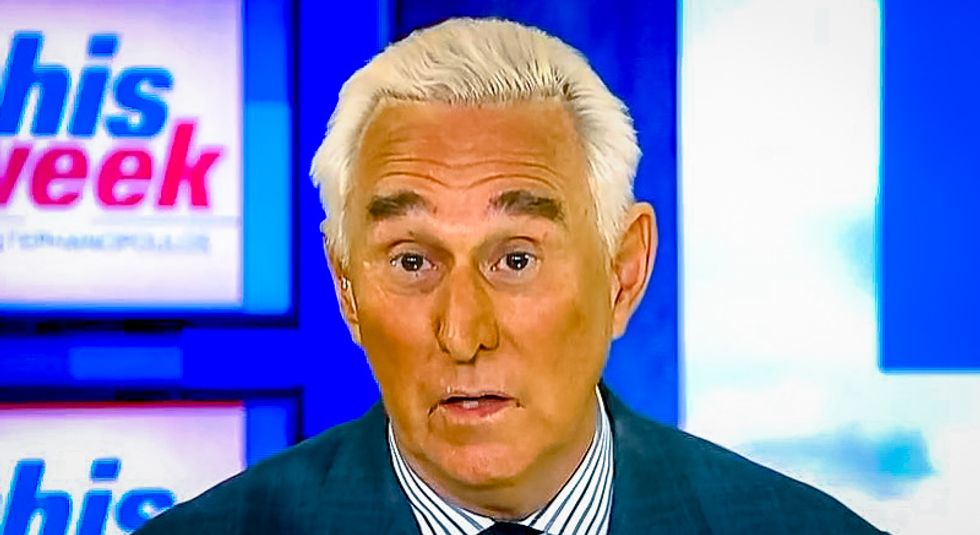 Trump confidante Roger Stone complained on Monday that he will not be able to raise money for his legal defense if a judge issues a gag order in the case.

While speaking to Phoenix radio station KFYI, Stone insisted that he would continue to support President Donald Trump in the face of charges of obstruction and witness tampering that have been put forth by special counsel Robert Mueller.

Stone noted that he "was one of the first staffers hired" for Trump's 2016 presidential campaign.

"The judge, as you probably know, is considering issuing a gag for me," Stone explained. "And that's problematic for my legal defense and I can only do that by speaking out."

Stone then encouraged listeners to contribute at his website.

"If I can no longer do that then I will not have the resources to fight these charges," he said.

According to Stone, the case against him has left him "virtually broke."

At a hearing on Friday, Judge Amy Berman Jackson insisted that the case is "a criminal proceeding and not a public relations campaign." She cited "extrajudicial statements by the defendant" while suggesting the gag order.

Jackson has asked both Stone's attorneys and the prosecution to respond in writing to a possibility of a gag order later this week.

Listen to the interview below from KFYI.