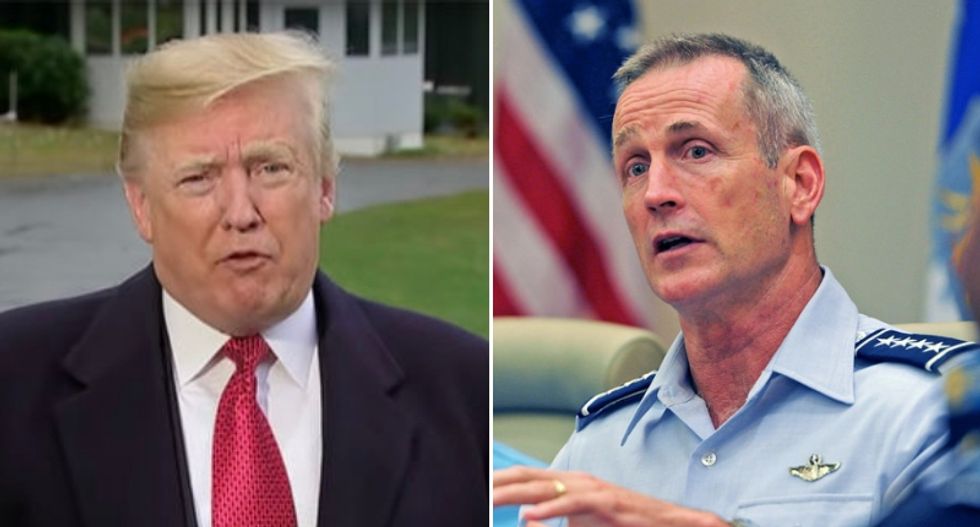 The Air Force general tasked with overseeing troops at the U.S.-Mexico border inadvertently ruined Donald Trump's justification for a national emergency Tuesday — and revealed the largest threat to American security in the process.

As Defense One reporter Patrick Tucker pointed out on Twitter, Gen. Terrence O'Shaughnessy, the commander of U.S. Northern Command and the North American Aerospace Defense Command, told Congress Tuesday that Russia is the main threat facing the U.S.

During a Senate Armed Services Committee hearing, O'Shaughnessy didn't mention Mexico, caravans or drugs when asked what the biggest threat to the U.S. is, Tucker reported.

Russia, however, is "something we need to have a sense of urgency on," the four-star general told the Senate panel.

During his opening statements, O'Shaughnessy admitted that "the threats to our nation from our southern border are not military in nature," adding that they are nonetheless "significant and deadly."

After initially claiming that "a secure border will reduce the threats to the homeland" in response to questions from Sen. Richard Blumenthal (D-CT), the general punted on questions about Trump's national emergency.

O'Shaughnessy responded by noting that the senators would have to consult with Homeland Security for the "characterization of the threat."

Appointed to lead operations at the southern border last fall, O'Shaughnessy has warned about Russia before.

Earlier this month, he publicly claimed that the U.S. and Canada need to step up monitoring Russia's military maneuvers in the Arctic.

You can watch him deliver the remarks below: