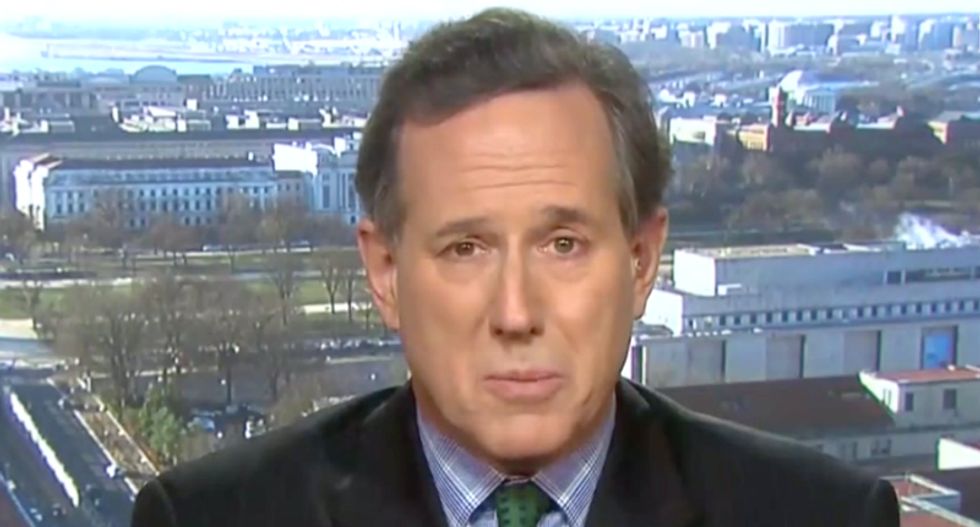 Chris Cuomo had on regular guest Rick Santorum Thursday night to discuss the recent revelation that Trump may have overruled the CIA and FBI in order to get his son in law, Jared Kushner, a security clearance. The CNN host also noted that a recent TV interview with the president's daughter seemed to implicate her in a lie as well about the same security clearance of her husband.

"If Ivanka Trump looked in the face of that camera and said something that is a lie, and if the president of the United States lied to us about the security clearance, what does that mean to you" Cuomo asked the former GOP Senator and current CNN contributor.

"[But] this is a family member that the president has known a long time and feels like he knows Jared Kushner inside and out, and believes he's someone he can trust," Santorum said.

"Look," a flustered Santorum continued, "every time I come on your program you ask the same question....and I think that does tell you something....we're always talking about something the president said that was not factual."

At that point, Cuomo interjected to correct Santorum, saying simply:

"Look, I don't like it, and it's disappointing," he said defensively to Cuomo.

The CNN host then turned his attention to former Michigan governor Jennifer Granholm, who then laid into Trump and the GOP for lying about the security clearance for Kushner and lying in general.

"This is a cancer on the White House and it's such a shame that the Republicans in Congress are being accomplices to these lies," she said. "8,700 lies by the Washington Post fact checkers as of the 15th of February of this year....8,700, that's 15 lies a day," the Democrat said.