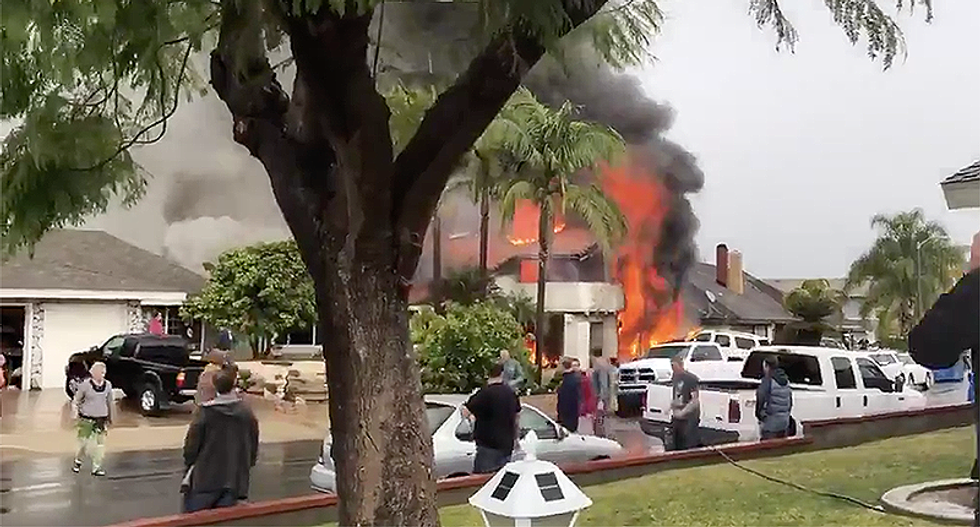 A small plane or helicopter has crashed in a Yorba Linda, California neighborhood near the near Glenknoll Elementary School.

According to neighborhood residents, the plane landed on homes and sparked a huge fire in two houses.

"Get away from the house!" shouts could be heard, though it was unclear if it was first responders or neighbors.

Pieces of the plane could be seen in the streets, which neighbors doused with a fire hydrant and their garden hoses. Homes nearby could be seen with hoses stretched across the lawn from neighbors attempting to help.

See some of the photos and videos, including a live feed, below: