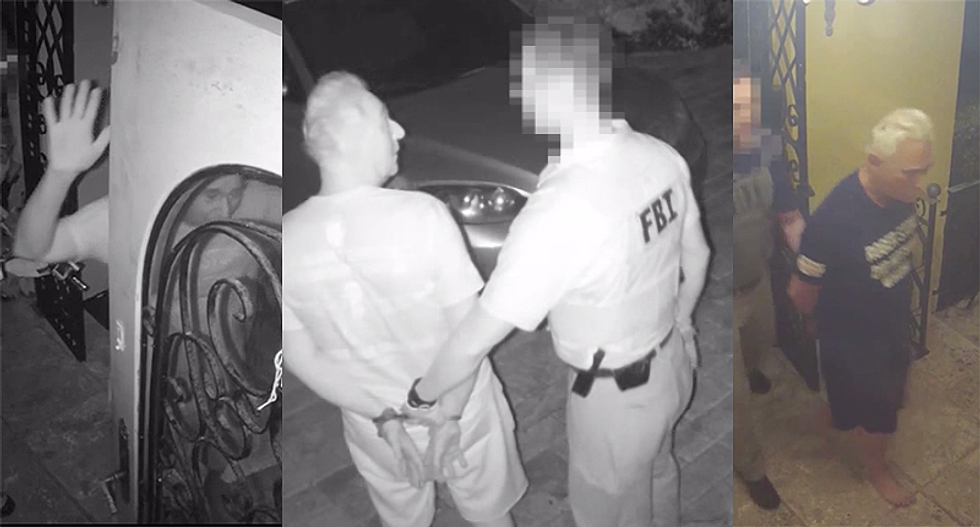 The FBI raided Roger Stone's Florida home in the wee hours of a January morning.

The moment was captured by CNN, staked outside the day following Mueller's appearance in court. But it wasn't CNN that scored an exclusive video of Stone being walked from the home by agents.

CBS12 News, an affiliate of the right-leaning Sinclair Broadcasting, obtained surveillance video from inside the FBI raid and Stone's arrest.

The CNN video showed FBI agents banging loudly on the door announcing that they were the FBI. Yet, Stone said he was still shocked when he opened the door.

“I opened the door and in my front yard, I was staring down the barrel of two assault weapons and I saw a dozen other FBI agents in the background, all wearing night goggles, full SWAT gear, sidearms, and so-on. On the ground was a large metal device used to break down a door which was unnecessary," Stone told Sinclair in an interview.