WATCH: Trump-loving Candace Owens makes a bizarre statement about Hitler -- and it quickly blows up in her face 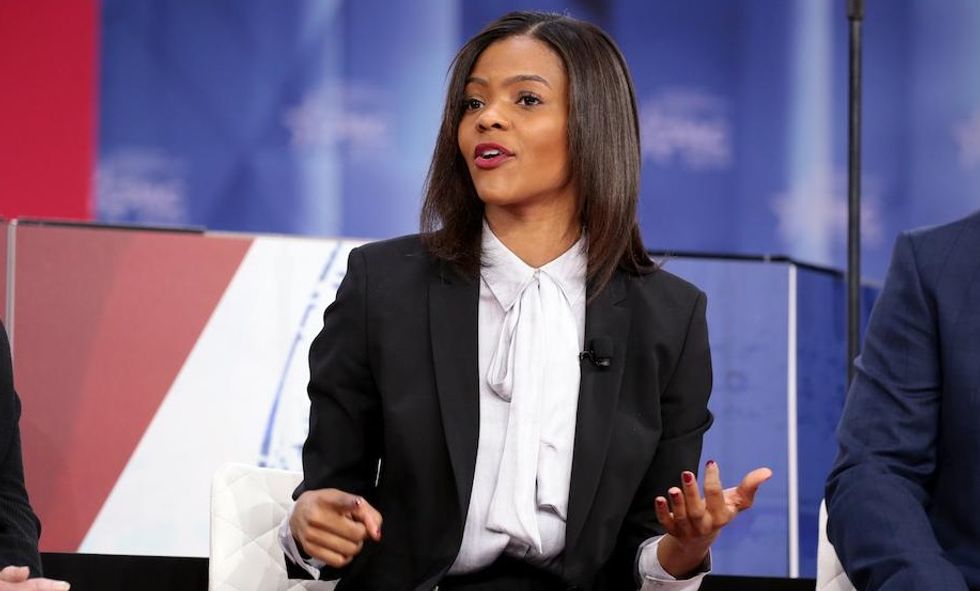 Pro-Trump activist Candace Owens recently made a bizarre statement about Nazi leader Adolf Hitler that alienated potential recruits for her right-wing organization's outreach to conservatives in the United Kingdom.

In a major BuzzFeed report about Turning Point USA -- an organization for young conservatives led by Owens and fellow right-wing activist Charlie Kirk -- it is revealed that Owens told young British conservatives that Hitler might not have been so bad had he just kept his brand of fascism confined within his home country instead of exporting it to the rest of Europe.

"Whenever we say nationalism, the first thing people think about, at least in America, is Hitler," Owens said. "But if Hitler just wanted to make Germany great and have things run well, OK, fine. The problem is that he wanted, he had dreams outside of Germany. He wanted to globalise. He wanted everybody to be German, everybody to be speaking German. Everybody to look a different way. To me, that’s not nationalism."

In fact, Hitler did not want "everybody to be German," but rather wanted to conduct a campaign of mass murder of non-Aryan races both inside of and outside of Germany.

This, along with other unhinged statements by Turning Point USA members, alienated many Britons who might have otherwise been sympathetic toward the group's goals.

Tom Harwood, a conservative who writes for the blog "Guido Fawkes," has reportedly distanced himself from the group and has asked that he no longer be the face of its effort to recruit British citizens, BuzzFeed reports.

Watch the video of Owens talking about Hitler below.