Whitaker testimony pummeled by ex-Solicitor General: 'A seventh grader would have done better' 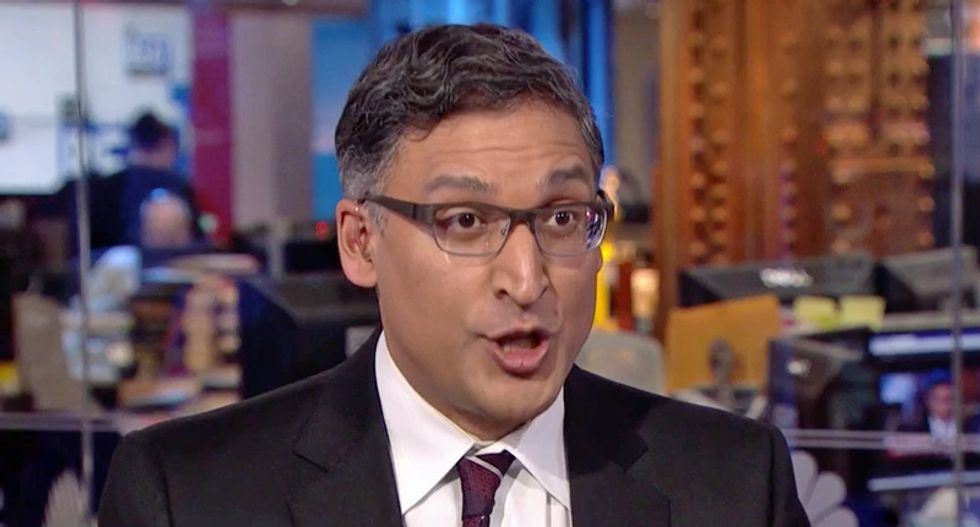 Whitaker had a combative hearing before the House Judiciary Committee earlier in the day.

The host asked Katyal what the public learned from the hearing.

"Two remarkable things," Katyal answered. "One, the preposterousness of this man being the Attorney General of the United States."

"We saw someone who is so unqualified, he shouldn't be the Attorney General of 30 Rock," he continued, referring to NBC's iconic New York City headquarters.

"A 7th grader would have done a better job, a more respectful job than what he did," Katyal predicted. "It was arrogant, it was irresponsible and it really calls into question the president's judgment for putting this man at the head of the hallowed Department of Justice."

"I did two tours there, and you know, I would be, if someone asked me to be acting Attorney General, I would be like, "No, I don't think I'm ready,'" he revealed.

"Literally anyone is ready compared to this guy -- it was a grave, grave thing," he continued.