Whitaker 'treated us with utter disdain’: Ex-FBI counter intel chief says acting AG has ‘not seen the last of the FBI’ 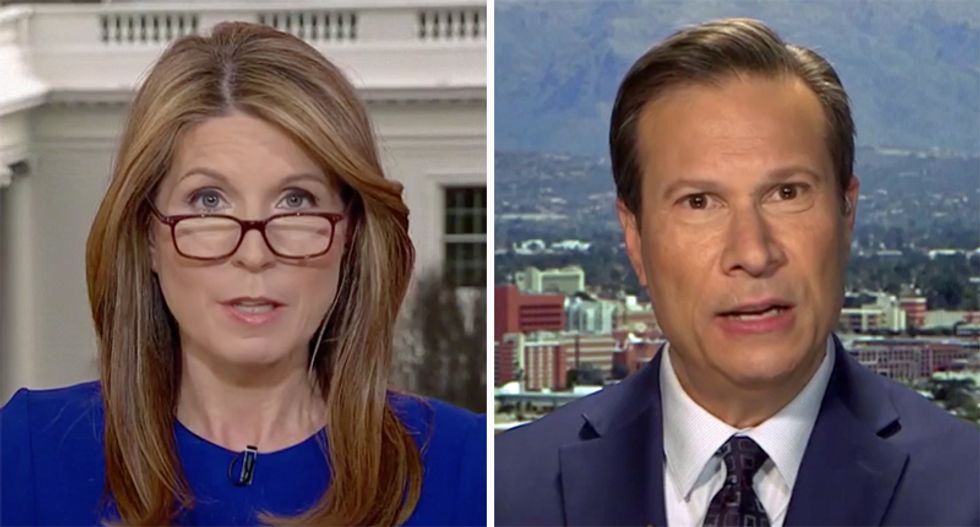 The former assistant director for Counterintelligence at the FBI explained why the bureau is already investigating acting Attorney General Matt Whitaker during a Friday appearance on MSNBC's "Deadline White House" with Nicolle Wallace.

The host played multiple clips of Whitaker flailing while being questioned by Congress.

"What was that?" she asked.

"Listen, I'm not kidding when I say I have interviewed more terrorists that were more cooperative and respectful than Matt Whitaker was today," Figliuzzi replied.

"I gotta tell you, I say that with sadness because the Attorney General is America's lawyer -- we are his client," he explained. "And we're represented by the congressmembers sitting in that room. And he treated us with utter disdain, sarcasm, barely trying to get through this seriously."

"This is basically thumbing your nose at oversight by the people," he continued. "And the way he conducted himself today is an indication that he's not America's attorney -- he's essentially seeing himself as Trump's attorney."

Figliuzzi added that the FBI is "looking at him criminally and he's not seen the last of the FBI."