White House flack refuses to say Trump believes US intel over Putin: 'There's always a lot of back and forth' 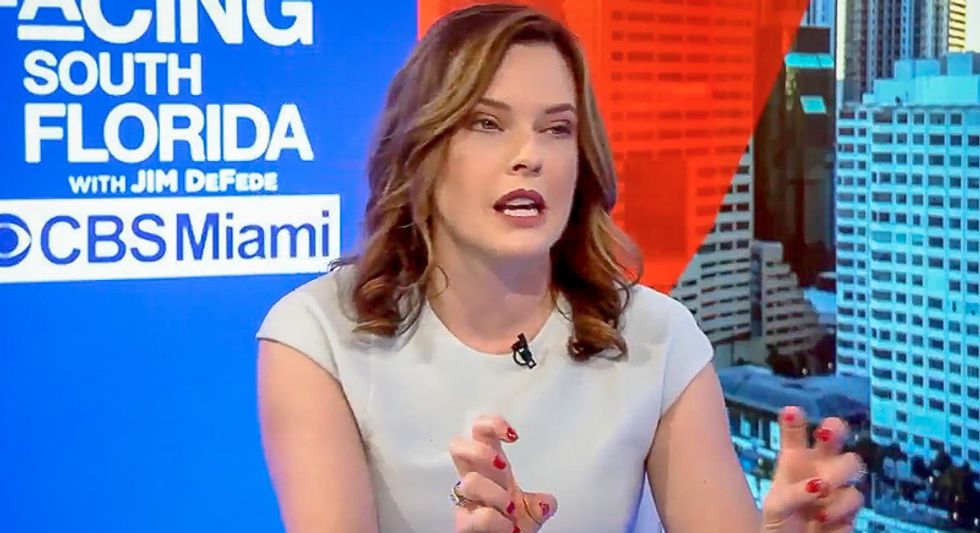 White House spokesperson Mercedes Schlapp complained to the CBS affiliate in Miami that 60 Minutes should not have given former FBI Director Andrew McCabe a platform because he "detests the president."

During the interview which aired Sunday night, McCabe revealed that members of the Justice Department had discussed using the 25th Amendment to remove Trump. And the former director said that Trump had insisted that he believes Russian President Vladimir Putin over U.S. intelligence on North Korea.

In an appearance on the CBS 4 program Facing South Florida, Schlapp argued that McCabe should never have been interviewed by the network's Sunday night 60 Minutes news show.

"I think to give McCabe that platform is very unfortunate," Schlapp told host Jim DeFede. "Because he is one who has been fired by the FBI. As the inspector general's report has come out, they know he has lied a variety of times. So you don't know really what to believe."

"So to give him such a big platform because you have these people who simply detest the president," she continued. "So they want to give an opponent or someone who just detests the president that platform, I think, is very unfortunate."

Schlapp said that McCabe could also not be believed about whether the president expressed trust for Putin over the objections of the U.S. intelligence community.

"I don't think McCabe would have that sort of information on that conversation," she stated. "He has a very strong intelligence community team that he works with. And there's always a lot of back and forth."

Schlapp, however, declined to say that the president sides with U.S. intelligence officials over Putin on the threat of North Korea missiles.

For his part, McCabe asserts that he never lied to the inspector general, and he claims that he was in the room when Trump was said to have expressed support for Putin's intelligence on North Korea.

Watch the video below from CBS 4.