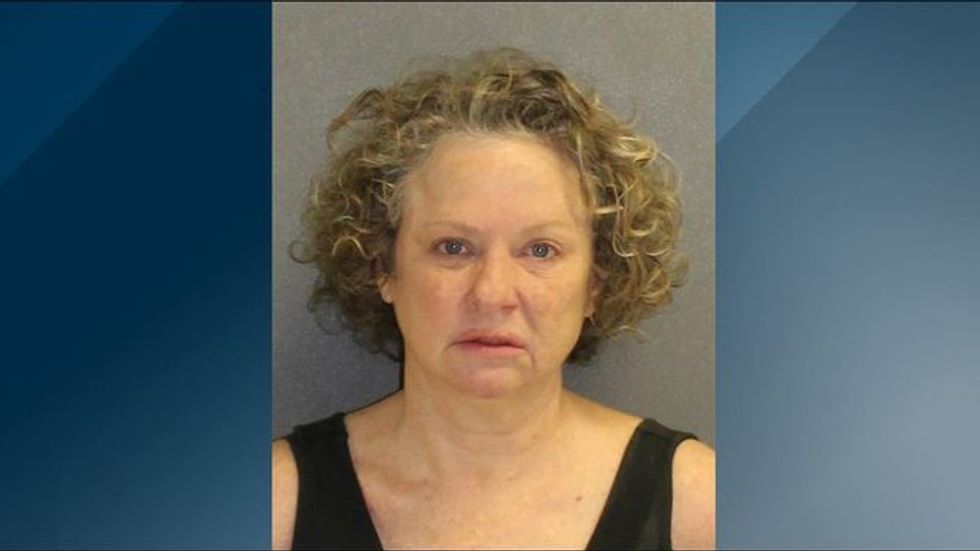 53-year-old Julie Edwards, who yelled racial slurs at a police officer who arrested her on suspected drunk driving

A white woman in Florida last week allegedly told a black police officer that the KKK would visit his house and burn crosses on his lawn after he confronted her on suspicion of driving while intoxicated.

When they arrived on the scene, they found a 53-year-old woman named Julie Edwards driving her car in reverse. Upon approaching the car, the officers detected a strong odor of alcohol.

Edwards refused to submit to a breath test, at which point the officers handcuffed her. She then flopped to the ground and refused to get back up when the officers commanded her to stand.

While a black deputy was filling out paperwork, Edwards told him that the "Ku Klux Klan would be seeing him and burning crosses on his property," according to WFTV. She also used a racial slur to describe the officer.

She was subsequently arrested and charged with driving under the influence of alcohol, prior refusal to submit to testing, threat against an officer, and resisting an officer without violence.