Here is why our world seems out of control 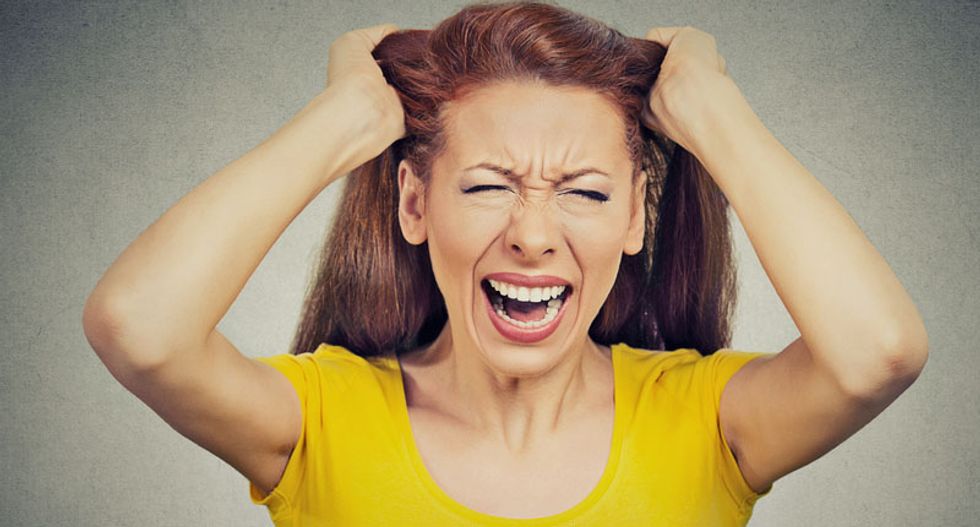 Government shutdowns.  Brexit. Weird climate happenings. Dissolved arms agreements. Parents unable to control their teens' smartphone apps. Super Bowl ads that reflect “technological dread.” It seems harder than ever to understand and manage life. What is real and what is not? Who knows?  Our inability to distinguish between reality and fake Russian Internet postings helped elect Donald Trump. In his two subsequent presidential years he has constantly complained about "fake news," but has himself fabricated more than 8,000 falsehoods.

The words the poet W. B. Yeats wrote a century ago seem strangely appropriate:

Mere anarchy is loosed upon the world.

The best lack all conviction, while the worst

Are full of passionate intensity.

Also relevant are historian Daniel Boorstin’s 1962 book The Image: A Guide to Pseudo-Events in America and novelist Milan Kundera words in Immortality (1990): “For contemporary man reality is a continent visited less and less often.”

If things are more out of control than previously, how did we get in such a mess? Main answer: Our inability to wisely manage accelerating technological changes.

During the 1930s, a distinguished Dutch historian, Jan Huizinga, noted the latest scientific and technological progress, and commented that “the masses are fed with a hitherto undreamt-of quantity of knowledge of all sorts.” But he added that there was “something wrong with its assimilation,” and that “undigested knowledge hampers judgment and stands in the way of wisdom.”

Later in the century, General Omar Bradley warned: “Ours is a world of nuclear giants and ethical infants.  If we continue to develop our technology without wisdom or prudence, our servant may prove to be our executioner.”

But wait a minute. Do we not have more control over our world than in earlier times? Some optimistic scholars like Steven Pinker, in Enlightenment Now: The Case for Reason, Science, Humanism, and Progress would argue that we do. And it is true that we are less at the mercy of nature, diseases like the terrible Black Death, and political and religious authority than we were in medieval days. In many ways, reason and science, as Pinker argues, have made people “healthier, richer, safer, and freer, [and] more literate, knowledgeable, andsmarter.” Moreover, Nazism, communism, and colonial imperialism are not the scourges they once were.

But there is a serious problem that Pinker fails to acknowledge. Scientific advances and the eighteenth-century Enlightenment freed humans from many restraints, including religious, political, and mental ones, but presented no unifying goal for them to seek. Since then, various movements such as communism have attempted to fill the emotional needs once offered by religions, but these secular substitutes were deeply flawed and failed. And capitalism’s goal of maximizing profits has also been an insufficient ultimate aim.

In his 1970s books Small Is Beautiful and A Guide for the Perplexed, E. F. Schumacher identified our central problem (see here and here for sources of his quotes). Science, he wrote, “cannot produce ideas by which we could live.” They conveyed “nothing about the meaning of life.”

In the absence of any higher goal for life, technology and economics became dominant. As Schumacher wrote, “Whatever becomes technologically possible . . . must be done. Society must adapt itself to it. The question whether or not it does any good is ruled out.” Technology, he feared, “tends to develop by its own laws and principles, and these are very different from those of human nature or of living nature in general.”

In his A Guide for the Perplexed, Schumacher laments that modern higher education had become primarily career preparation for work in our modern industrial societies and that education in general left “all the questions that really matter unanswered.” What people needed were “ideas that would make the world, and their own lives, intelligible to them. . . . [otherwise] the world must appear . . .  as a chaos, a mass of unrelated phenomena, of meaningless events.” What education should be doing was clarifying “our central convictions,” teaching us wisdom. “The exclusion of wisdom from economics, science, and technology was something which we could perhaps get away with for a little while, as long as we were relatively unsuccessful; but now that we have become very successful, the problem of spiritual and moral truth moves into the central position.” (For a contemporary statement of similar ideas, see Robert Sternberg’s “It's Not What You Know, but How You Use It: Teaching for Wisdom.”)

In the decades after Schumacher’s death in 1977, technology, especially information technology including the Internet, expanded like never before. As Alvin Toffler predicted in his 1970 book, Future Shock, it propelled more rapid social change which in turn produced “increasing malaise, mass neurosis, irrationality, and free-floating violence.” He predicted that for the remainder of the twentieth century, many people in the most advanced technological countries would “find it increasingly painful to keep up with the incessant demand for change.”

This adjustment pain was exacerbated by globalization, a particularly striking phenomenon of the last quarter century. It enabled large corporations to sell their products around the world, but also hurt more provincial and less innovate businesses. As one business columnist described it, “Innovation replaces tradition. The present—or perhaps the future—replaces the past. Nothing matters so much as what will come next, and what will come next can only arrive if what is here now gets overturned. While this makes the system a terrific place for innovation, it makes it a difficult place to live, since most people prefer some measure of security about the future to a life lived in almost constant uncertainty.”

Reaction to the dislocations and anxieties created by globalizations are one of the main reasons for the rise of populist movements in Europe and the United States, including Trumpian populism, as well as Trump’s “America First”—ism.

A January 2019 New Yorker article, “How to Escape Pseudo-Events in America,” hints at how out-of-control matters have become. To indicate how confused we are, it mentions an article called “How Much of the Internet Is Fake? Turns Out, a Lot of It, Actually,” and it details how Russian operatives used media sites such as Facebook and Twitter to help sway the 2016 presidential election. In the same month, a “Worldwide Threat Assessment” report stated that adversaries like Russia and China are becoming even “more adept at using social media to alter how we think, behave, and decide. As we connect and integrate billions of new digital devices into our lives and business processes . . .  [they] almost certainly will gain greater insight into and access to our protected information.”

In this midst of all this pessimism, a more optimistic outlook appeared toward the end of last year, psychologist and futurist Tom Lombardo’s valuable Future Consciousness: The Path to Purposeful Evolution. He believes that to create a better future “we need to feel that we are approaching a positive future, and not just that we are defending against an anticipated negative one, such as some great ecological catastrophe and the collapse of human civilization.” Yet, he also realizes that to prudently manage technology and create such a future we need to develop “a core set of character virtues, most notably and centrally wisdom.” Whether we will do so is an open question, but past decades do not give us great grounds for hope.

One type of wisdom is political wisdom. In an earlier essay, I wrote that such wisdom dictated seeking the common good and that, as George Washington realized, “virtue or morality is a necessary spring of popular government.”

At present, the United States and the world in general seem to be spinning out of control, with climate change especially threatening our collective future. Political wisdom is rarely demonstrated, especially by our own foolish president. Even columnist Thomas Friedman, an early champion of globalization, now fears that “recent advances in the speed and scope of digitization, connectivity, big data and artificial intelligence” are coming faster than ever, but our ethical abilities to manage such changes have lagged far behind.

Although wisdom is sometimes demonstrated—for example, by Pope Francis on capitalist failings and climate change—it is too rarely evident. What the world needs more than ever are wise political leaders who can redirect technology to serve the common good.  In the 1930s, Franklin Roosevelt refashioned government policies to that end. Controlling and redirecting today’s technology will require even more wisdom.

Walter G. Moss is a professor emeritus of history at Eastern Michigan University. He is a Contributing Editor of HNN, and his latest book is In the Face of Fear: On Laughing All the Way Toward Wisdom ( 2019).  For a list of other recent books and online publications, click here.