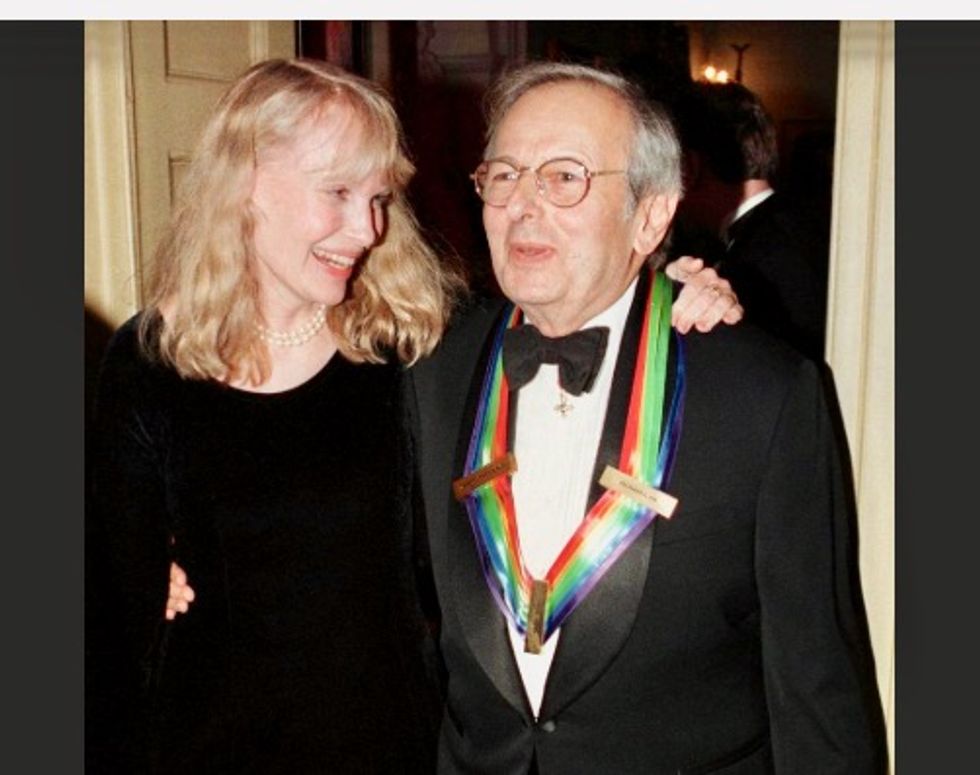 Acclaimed conductor, composer and pianist Andre Previn, a versatile musician who won four Academy Awards for film scores and led some of the world’s great orchestras while mastering a rainbow of musical forms, died on Thursday at age 89, his management company said.

Previn, who won numerous awards for his musical accomplishments, was composing new music until only a few days before he passed away, IMG Artists said in a statement. The circumstances of his death were not immediately clear and the company could not be reached for further comment.

The German-born musical prodigy who fled Nazi persecution with his Jewish family in 1938 to Paris and then Los Angeles, Previn made his name as a jazz musician and writing scores for movies. By the end of his career, he had become one of the prominent music figures in the second half of the 20th century.

Previn was a conductor of major orchestras in Europe and America including the London Symphony, Royal Philharmonic, Houston Symphony, Pittsburgh Symphony, Los Angeles Philharmonic and others. He also composed numerous classical works including two operas, “A Streetcar Named Desire” and “Brief Encounter.”

His hundreds of recordings led to a Grammy Lifetime Achievement Award in 2010 and 10 other Grammys. Previn was knighted by Britain’s Queen Elizabeth in 1996. His personal life was controversial, with five marriages, including one to actress Mia Farrow.

When he arrived in Los Angeles, an uncle was providing music to Universal Studios. Previn launched his film-score career by age 20 when the MGM studio asked him to write music to accompany a famous collie in the 1949 movie “Challenge to Lassie.”

Previn was seen as a young Hollywood hot shot, known for his talent as well as escorting starlets. But at the height of his success in the early 1960s, he changed his career focus from films and jazz to classical music and conducting.

“I stuck around in Hollywood for too long,” Previn told Britain’s Guardian in 2005.

“I was there a long time and when I left I was smart enough to realize that what I was leaving was not just the movie business,” he said. “I wanted to get rid of the whole atmosphere. I had a lot of friends and there were a lot of very talented people that I liked - and I still like - but it’s not an atmosphere in which to make serious music, it just isn’t.”

CAREER AS A CONDUCTOR

His goal was to conduct - he had studied with well-known conductor Pierre Monteux - but found that his film work did not boost his chances.

“In America, they would just as soon forgive you for an ax murder as for having done a movie,” Previn told the Guardian.

In 1968, he became chief conductor for the prestigious London Symphony Orchestra, and became quite a celebrity in Britain. He kept the post until 1979, an unusually long tenure.

He also was a virtuoso classical and jazz pianist and performed with many big names. He also had success in musical theater and his Broadway show “Coco” was nominated for a Tony Award as best musical in 1970.

He also generated headlines with his controversial personal life. He was married five times. In 1969, while still married to his second wife, Previn became involved with Mia Farrow, the former wife of actor and singer Frank Sinatra and the future partner of movie director Woody Allen.

Farrow and Previn married in 1970, after she had given birth to twins and just weeks after his divorce came through. They divorced in 1979. Soon-Yi Previn, an adopted daughter of Previn and Farrow, later became Allen’s wife.

Previn’s fifth marriage in 2002 was to famed German violinist Anne-Sophie Mutter, who was 24 years younger than him. They divorced in 2006.

When asked how he would like to be remembered, Previn once said: “I’ve heard a lot about conductors referred to as either brilliant technicians or remarkable human beings, as masters of discipline, or precision or whatever. I must say that I would like, if at all, to be remembered as just a good musician.”

Reporting by Will Dunham; editing by Diane Craft