Actress Katherine Helmond of TV's 'Soap,' 'Who's the Boss?' dies at 89 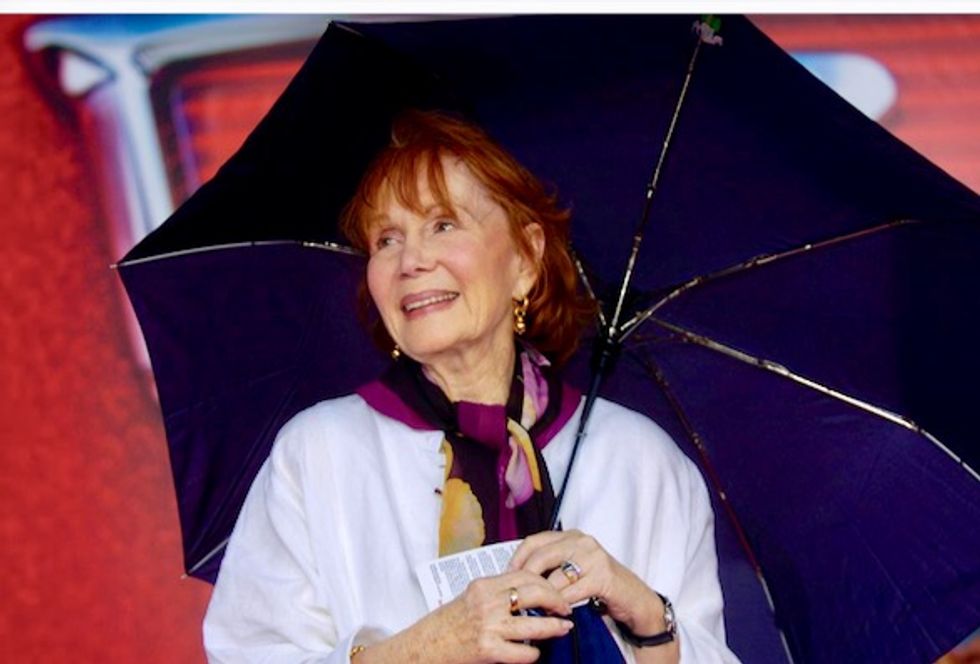 Actress Katherine Helmond, a seven-time Emmy Award nominee who played lusty matriarchs on the hit television sitcoms “Soap” and “Who’s the Boss” from the 1970s into the 1990s, died on Feb. 23. She was 89, her talent agency said on Friday.

Helmond, who also delivered a memorable turn as a vain woman obsessed with plastic surgery in director Terry Gilliam’s dystopian film “Brazil” (1985), died at her Los Angeles home due to complications from Alzheimer’s disease.

Helmond was already in her 40s and had been nominated for a Tony Award for her Broadway work before landing a starring role on “Soap,” a primetime parody of daytime soap operas that ran on the ABC network for four seasons from 1977 to 1981.

She then starred on “Who’s the Boss?” with Tony Danza, Judith Light and Alyssa Milano on ABC for eight seasons from 1984 to 1992. Then came recurring roles on sitcoms “Coach” starring Craig T. Nelson from 1995 to 1997 and “Everybody Loves Raymond” starring Ray Romano from 1996 to 2004.

On “Soap” she played Jessica Tate, a sex-crazed scatterbrain on a show known for warped characters and deliberately farfetched plots, including alien abduction and demonic possession. The show’s themes - People magazine referred to its “cheerfully tasteless handling of such topics as impotence, homosexuality, promiscuity, adultery, etc.” - caused some controversy when it debuted.

“I don’t think it’s lurid,” Helmond told People magazine. “Daytime soaps go into areas - lesbianism, married nuns, a woman in love with a priest - that would not be touched in prime time. And they’re super-serious. We just take real situations and exaggerate them.”

On “Who’s the Boss?” Helmond played Mona Robinson, the man-crazy mother to Light’s character, an ad executive who hires retired baseball player Danza as her housekeeper.

Helmond also appeared in director Alfred Hitchcock’s last movie, “Family Plot” (1976), and in Gilliam’s films “Time Bandits” (1981) as an ogre’s wife and in the visually striking “Brazil” (1985) as the plastic surgery aficionado.

In one “Brazil” scene, she sits in a chair chastising her son, played by Jonathan Pryce, over his lack of ambition while a doctor stretches her face into ridiculous contortions and covers it in plastic wrap. “Already, she’s twice as beautiful as she was before,” the surgeon proudly announces.

Helmond was born on July 5, 1929, in Galveston, Texas, and attended the fundamentalist Christian Bob Jones University. She later became a Buddhist.

Helmond took a variety of roles on stage and TV, but her career took off after being nominated in 1973 for a Tony Award for her performance in Eugene O’Neill’s “The Great God Brown.”

She was married twice and is survived by her husband, David Christian. She had no children.

“She was the love of my life.  We spent 57 beautiful, wonderful, loving years together, which I will treasure forever,” Christian said in a statement on Friday.