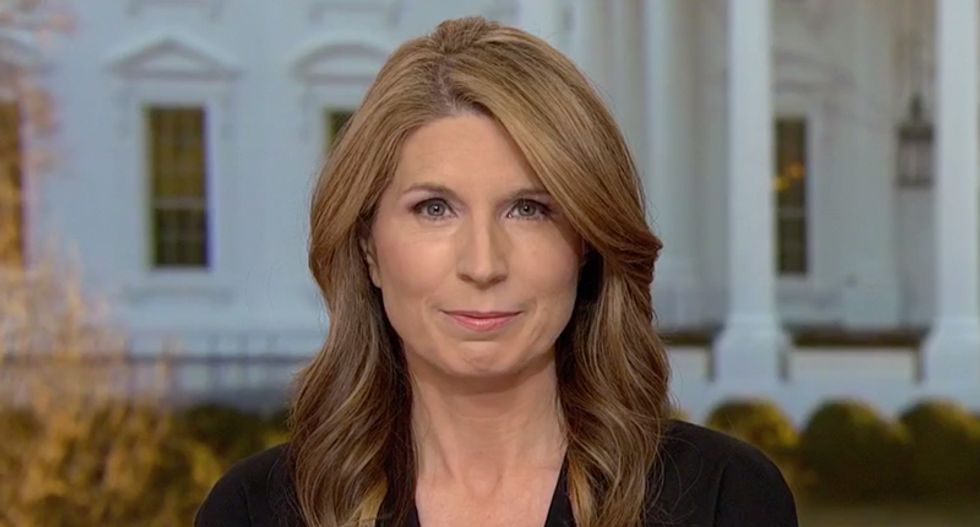 President Donald Trump was ridiculed on MSNBC's "Deadline: White House" with Nicolle Wallace for being found by voters to be less credible than his former fixer, Michael Cohen, who is a convicted liar. 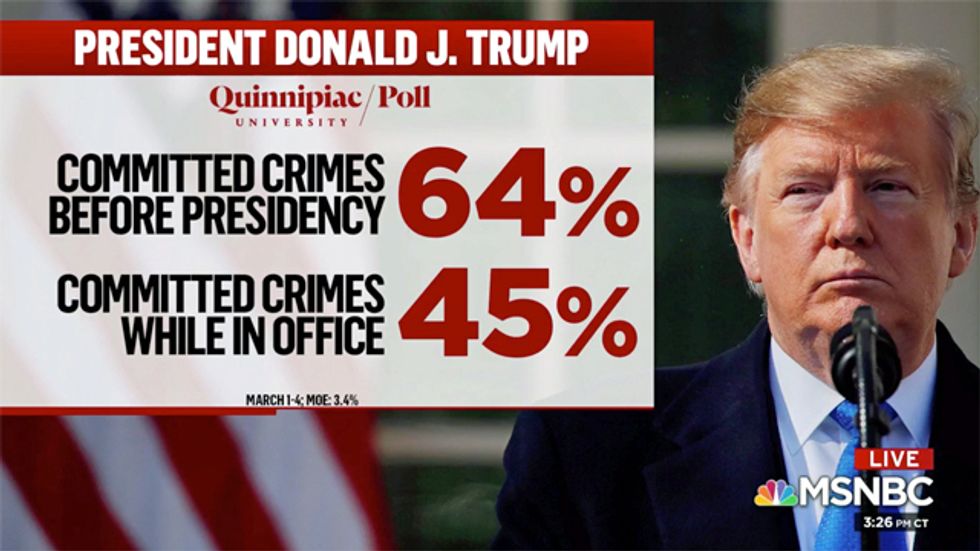 "And get this, when you hold Trump's words up against the testimony of his former fixer, Michael Cohen -- who has been convicted of lying to Congress and is going to jail -- 50 percent of Americans believe Michael Cohen -- and only 35 percent of them believe Trump," the host continued. 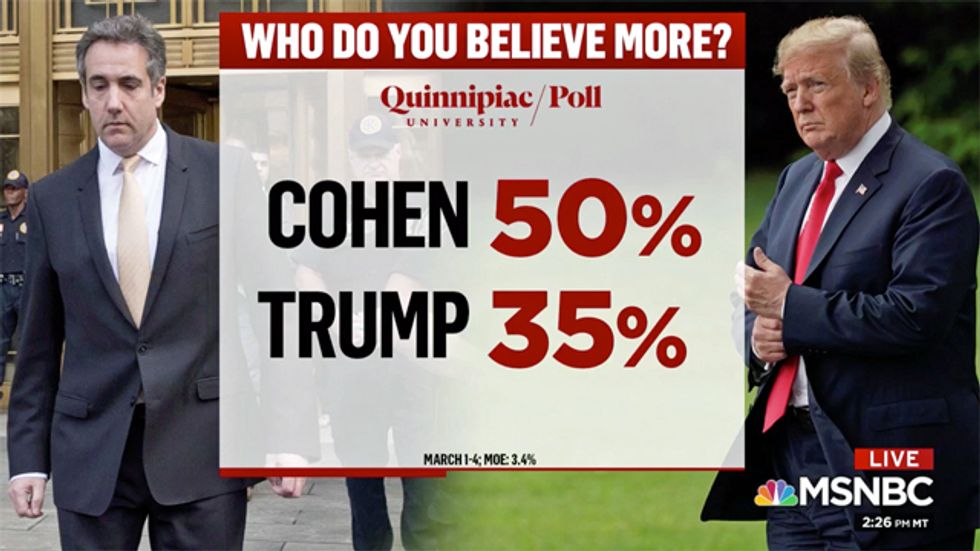 Daniel Dale, the Washington correspondent for the Toronto Star, pointed out the poll isn't a departure from previous public opinion surveys on Trump.

Wallace was still surprised about the new numbers on the relative credibility between Trump and Cohen.

"Trump is old news. As you said, a lot of people in his base think he's a liar," Wallace noted. "Cohen is a new figure and people believe him more than they believe the president. For someone on his way to prison, that's remarkable."

"Trump is lying in trying to make Cohen seem like a liar in his testimony," Dale noted.

"His two responses to the testimony, are one, take a look at Cohen's book manuscript, that proves us all wrong," he explained. "There is no book manuscript -- we've heard from his conservative publishing company, he never wrote a manuscript."

"So Trump's own responses while trying to discredit this guy have instead discredited him," Dale concluded.