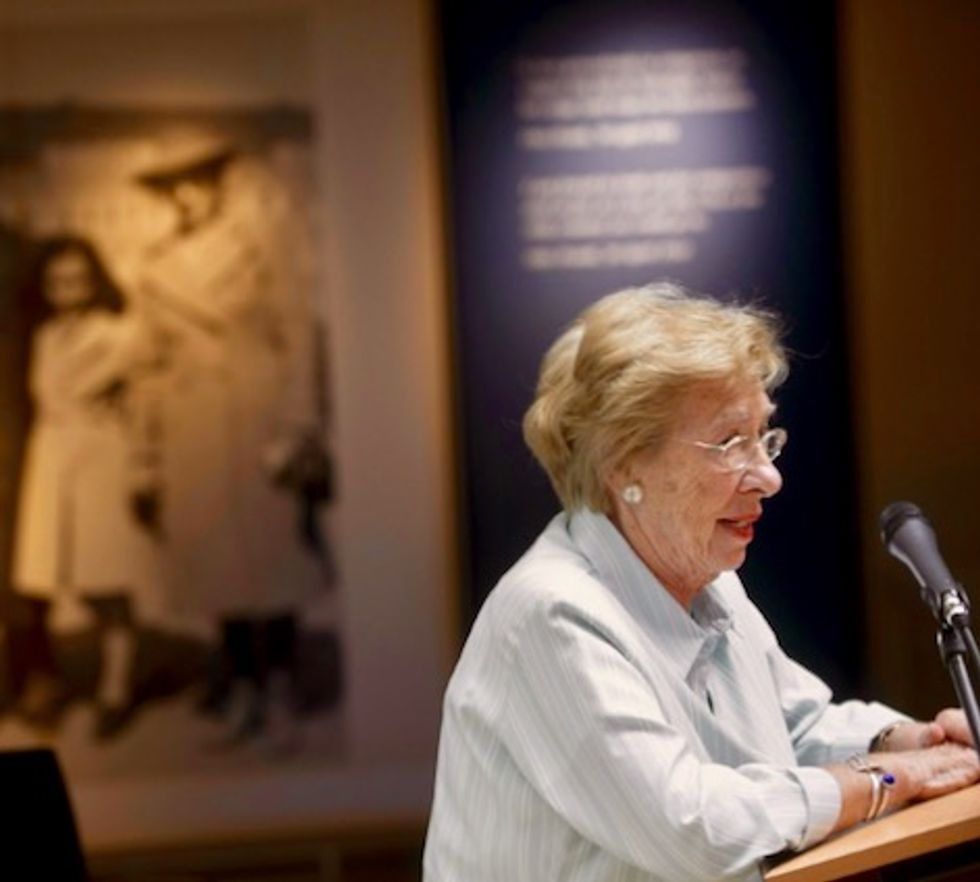 The stepsister of Anne Frank met privately on Thursday with a group of high school students in California who were photographed giving the Nazi salute while standing around a swastika made of red cups.

Eva Schloss told reporters following the meeting in Newport Beach that the teens had apologized profusely for the incident and had "learned a lesson for life."

"People should never, ever forget what has happened and how it came about," the 89-year-old Holocaust survivor said.

"I was shocked that in 2019, in a well-educated town, in a very high-educated school, that incidents like this should still happen."

She said she had shared her experience at the Auschwitz death camp with the students from the wealthy seaside community and that the teens had come to understand the outrage behind the offensive photo.

"They just thought it was a joke," said Schloss, who lives in London but who happened to be in California this week to speak at another event.

ANP/AFP/File / EVERT ELZINGA Like Frank, the famous teenage diarist who died at the hands of the Nazis during WWII, Schloss and her family went into hiding in the Netherlands after the Germans invaded Holland

The meeting took place at Newport Harbor High School, where several of the teens who appeared in the picture are students.

School officials, students and community leaders have expressed outrage over the photo that began circulating online last weekend during a party at a private home.

Rabbi Reuven Mintz, of the Chabad Center for Jewish Life, who helped organize the meeting with Schloss, said he hoped the students at the center of the scandal realize the severity of their action.

"It's imperative that today's young people come face to face with the consequences of unchecked hatred," he said.

"Our hope is that meeting someone who witnessed firsthand the atrocities committed under that same swastika and salute will help guide these students toward a life of tolerance and acceptance, spreading a message of inclusion and love, rather than one of hatred."

The scandal comes amid a rise in anti-Semitic incidents across the United States. The Anti-Defamation League reported a 58 percent increase in such incidents between 2016 and 2017, many of them in schools or on college campuses.

Like Frank, the famous teenage diarist who died at the hands of the Nazis during WWII, Schloss and her family went into hiding in the Netherlands after the Germans invaded Holland.

But they were betrayed and sent to Auschwitz. Schloss was freed from the death camp in 1945, when she was 16-years-old, but her father and brother did not survive.

She has written about her ordeal in a book titled "After Auschwitz: A story of Heartbreak and Survival."