Black radio hosts grill Bernie Sanders: '44 out of 45 presidents have been white men -- do we need another one?' 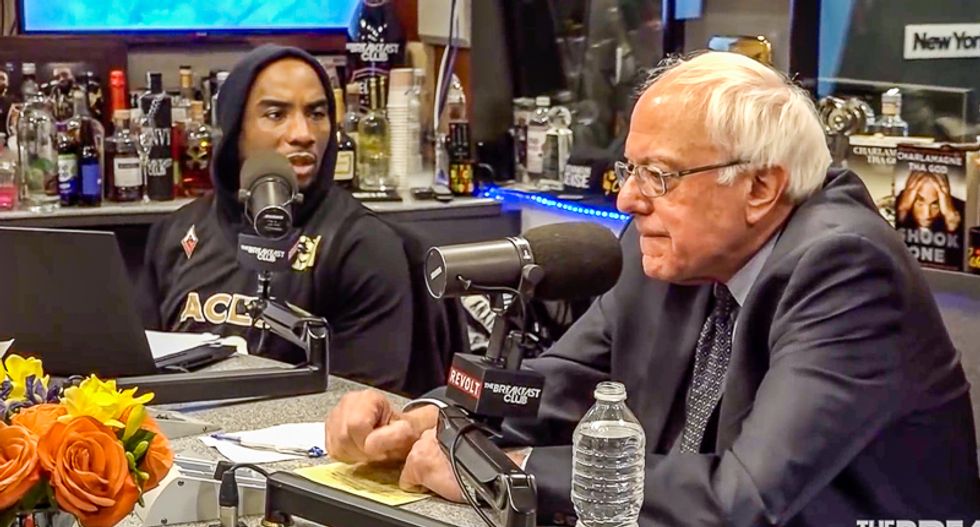 The hosts of The Breakfast Club on Monday challenged Democratic presidential candidate Bernie Sanders (I-VT) about whether the country needs another white man in the White House.

"Forty-four out of 45 presidents have been white men?" Charlamange ThaGod asked as his first question to Sanders.

"I think you need this one," Sanders laughed. "The most important thing that's got to happen is to make sure this dangerous president is defeated. I'm going to do everything I can to defeat him. I look forward to winning the Democratic nomination. And if I don't, I will support anybody else who's out there to defeat him."

ThaGod also asked Sanders about his views on reparations for the African-American community.

"What do we mean by reparations?" Sanders replied. "To my mind, it means we have to deal with the fact that there is enormous disparity between the black community and the white community. And that issue has got to be addressed."

"I think they mean some type of economic empowerment to the African-American community," the host explained.

"What does that mean, economic empowerment?" Sanders remarked. "I would do my best to change the banking system so that we pay attention to distressed communities that people get the loans that they need, to make the investments they need."

Watch the video below from The Breakfast Club.