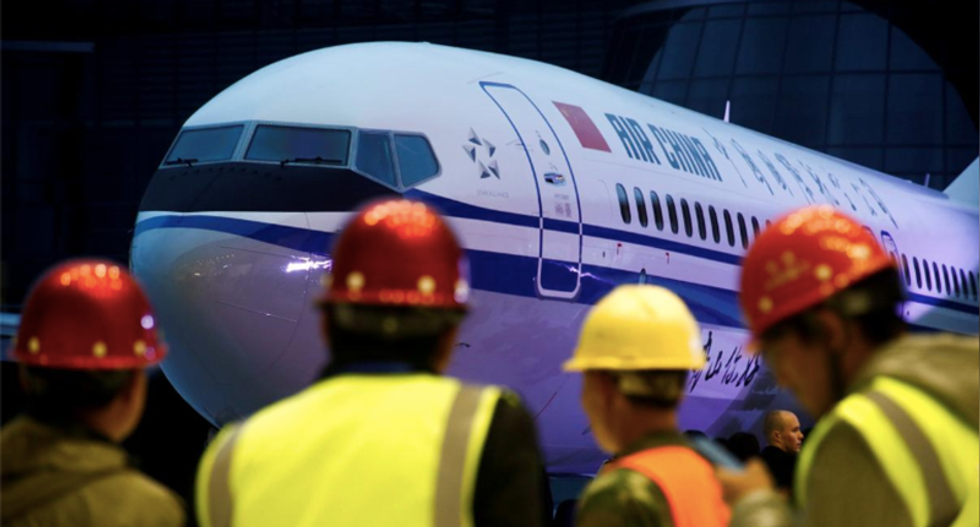 The world’s biggest planemaker Boeing faced growing obstacles on Wednesday to returning its grounded 737 MAX fleet to the skies, while details emerged of an Indonesian crash with potential similarities to the Ethiopian disaster.

Aviation experts suspect an automated system, meant to stop stalling by dipping the nose, may be involved in both cases, with pilots struggling to override it as their jets plunged downwards.

But they stress neither investigation is complete and crew actions and training will also be closely scrutinised.

The March 10 Ethiopian Airlines crash has shaken the global aviation industry and cast a shadow over the flagship Boeing model intended to be a standard for decades to come, given parallels with the Lion Air calamity off Jakarta in October. The two crashes killed 346 people in all.

On Wednesday, the Seattle Times, citing unidentified sources familiar with the matter, reported the FBI was joining the criminal investigation into the MAX’s certification. The U.S. Justice Department is looking at the U.S. Federal Aviation Administration’s (FAA) oversight of Boeing, a person briefed on the matter said on Monday.

Meanwhile, the Pentagon Inspector General said on Wednesday it would investigate a complaint that Acting United States Secretary of Defense Patrick Shanahan, a former Boeing executive, violated ethical rules by allegedly promoting Boeing while in office.

Chicago-headquartered Boeing has promised a swift update of automatic flight software, but regulators in Europe and Canada want to be sure of the jet’s safety themselves, rather than rely on U.S. vetting.

As Ethiopian investigators pored over black box data from their crash, sources with knowledge of the doomed Lion Air cockpit voice recorder revealed how pilots scoured a manual in a losing battle to figure out why they were hurtling down to sea.

Investigators examining the Indonesian crash want to know how a computer ordered the plane to dive in response to data from a faulty sensor and whether pilots had enough training to respond appropriately to the emergency.

Communications showed that in the final moments, the captain tried in vain to find the right procedure in the handbook, while the first officer was unable to control the plane.

“It is like a test where there are 100 questions and when the time is up you have only answered 75,” said one of the sources with knowledge of the cockpit recording that has not been made public. “So you panic. It is a time-out condition.”

At the end, the sources told Reuters, the Indian-born captain, 31, was quiet, while the Indonesian officer, 41, said “Allahu Akbar” (“God is greatest”) - an Arabic phrase to express excitement, shock, praise or distress. The plane then hit water.

Boeing has said there was a documented procedure to handle the problem, which crew are supposed to memorise.

A different crew on the same plane the evening before had the same situation but solved it after running through three checklists, though they did not pass on that information to the doomed Indonesian crew, according to a preliminary report by investigators released in November.

Shifting away from previous reliance on FAA vetting, Canada and the European Union will now seek their own guarantees of the MAX planes’ safety, complicating Boeing’s hopes to get them flying again.

Regulators want to be absolutely sure of Boeing’s new automated control system, known as MCAS (Maneuvering Characteristics Augmentation System), and that pilots are fully prepared to handle it. It is meant to prevent a loss of lift which can cause an aerodynamic stall and send the plane downwards in an uncontrolled way.

Facing such high-profile scrutiny, Boeing, one of the United States’ most prestigious exporters, reshuffled executives in its commercial airplanes unit to focus on the crash fallout.

The FAA said its “robust processes” and “full collaboration with the aviation community” were key to safety worldwide.

In Ethiopia, which is leading the investigation of the cause of the crash, experts were poring over the in-flight recording of the captain and first officer.

As with the Indonesia flight, they radioed about control problems shortly after take-off and sought to turn back, struggling to get their plane on track before it hit a field. However, experts emphasise every accident is a unique chain of human and technical factors.

Ethiopia’s civil aviation head Wosenyeleh Hunegnaw told Reuters the investigation was proceeding as quickly as possible within international standards. “I’m 100 percent sure the report will be issued within 30 days,” he said.

For now, more than 350 MAX aircraft are grounded around the world, and deliveries of nearly 5,000 more - worth more than $500 billion - are on hold.

Development of the 737 MAX, which offers savings of about 15 percent on fuel, began in 2011 after the successful launch by its main rival of the Airbus A320neo. The 737 MAX entered service in 2017.

While some airlines are worried about the impact on profits, they have been able to keep services going, swapping MAX planes for others, or using partner carriers.