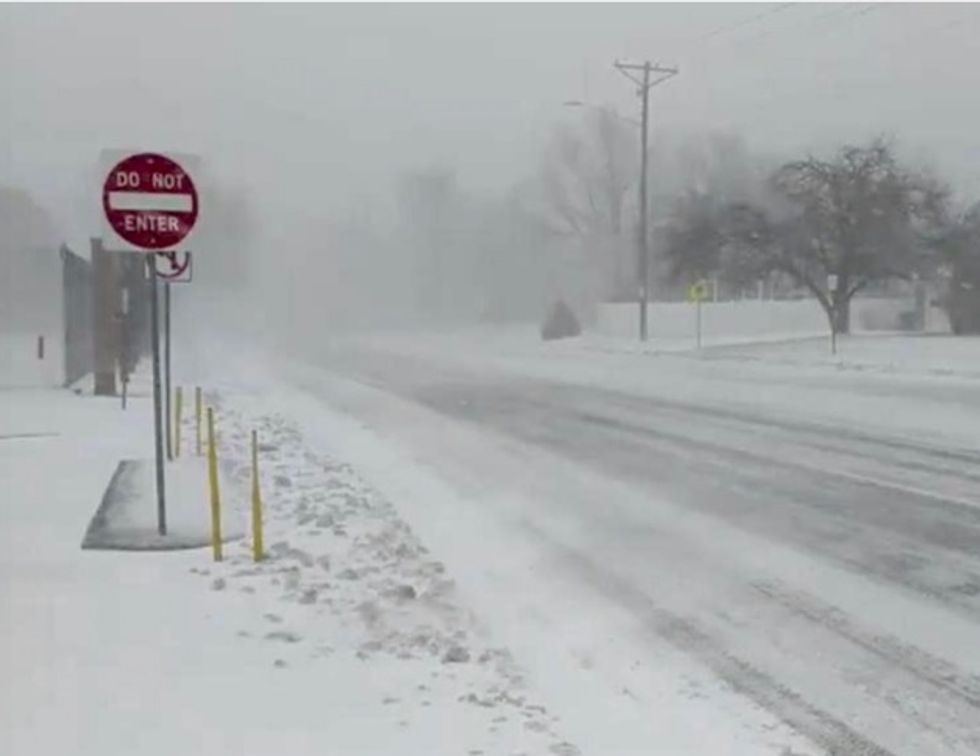 A general view of the blizzard in Greeley, Colorado, U.S. March 13, 2019 in this picture obtained from social media. Mandatory credit TWITTER @PHOTOWILLG/via REUTERS

A powerful, late-winter “bomb cyclone” storm pushed into the U.S. Midwest and the Great Lakes region on Friday, causing flooding along the Mississippi and Missouri rivers, stranding herds of cattle and raising alarms at a Nebraska nuclear power plant.

Nebraska Governor Pete Ricketts issued an emergency declaration for the state, citing forecasts of up to 2 feet (0.61 m) of snow and high winds that are expected to make travel “difficult to impossible” on roads.

“Nebraskans should watch the forecast closely in the coming days and be prepared for severe weather events in conjunction with potential historic flooding,” Ricketts said in the declaration. “As Nebraskans know, conditions can change quickly, and everyone needs to be prepared.”

Ranchers posted images on social media of their cattle being dug out of snowdrifts or stranded in fields.

“Widespread and extremely dangerous flooding will continue today and tonight,” the National Weather Service office in Omaha, Nebraska, said on Friday in a statement.

Many streams will see moderate to major flooding through the weekend, the service said, and flooding along the Missouri River will continue into next week.

Meteorologists referred to the storm as a “bomb cyclone,” a winter hurricane that forms when the barometric pressure drops 24 millibars in 24 hours.

The Nebraska Public Power District declared an “unusual event” at its Cooper Nuclear Station power plant on Friday due to the possibility of flooding along the Missouri.

Workers filled sandbags along the river levee and procured other materials for flood protection, the agency said. It said the plant continued to operate safely and there was no immediate threat to plant employees or to the public.

In Iowa, a disaster proclamation by Governor Kim Reynolds, issued after reports of flooding on Thursday, remained in effect.

At the storm’s peak, 2 feet of snow was dumped on Colorado’s mountain regions, forcing the cancellation of more than 1,300 flights in Denver and stranding more than 1,000 motorists on roadsides. Many had to be rescued by police, who used school buses to ferry them to safety.

More than 1,200 flights were canceled nationwide on Friday and nearly 17,000 were delayed, according to the flight-tracking website Flightaware.com.

Most power outages were cleared by early Friday, according to the tracking site PowerOutage.