Catholic school bans kindergartener because his parents are gay 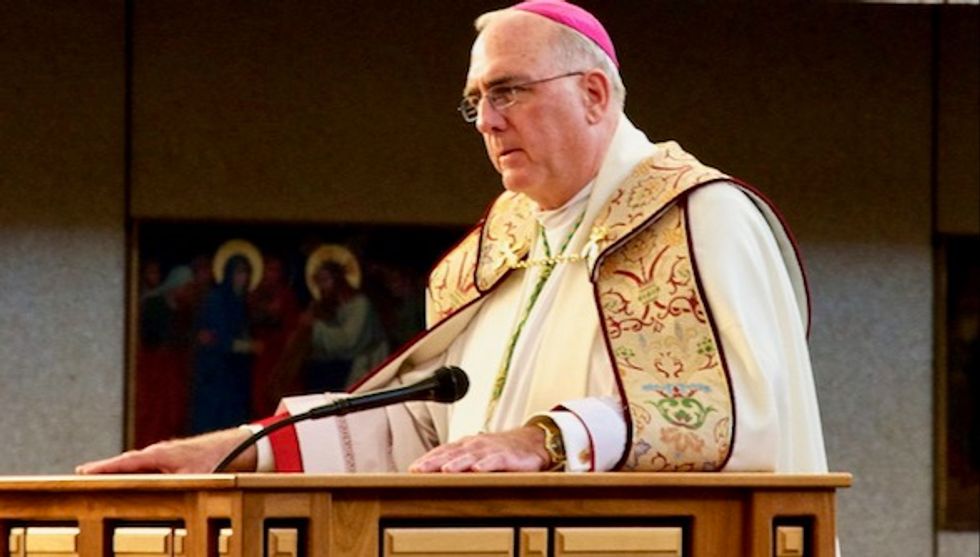 Archbishop Naumann Scott Maentz via Flickr and a CC license

A Kansas Catholic school has decided a prospective kindergarten student will not be admitted because his parents are in a same-sex relationship. Many in the local community are angered – so angered that the Archdiocese that runs the school has been publicly forced to defend its decision, a defense many are not supporting.

Father Craig Maxim from St. Ann Catholic Church in Prairie Village, Kansas, sent a letter to parishioners, CBS News reports, saying he "sought the advice of the archdiocese since as a parochial school we are subject to the guidance of the archdiocese on the application of church doctrine."

The school's superintendent Kathy O’Hara said in a statement, “Church’s teaching on marriage is clear and is not altered by the laws of civil society.” Her statement clearly implies being gay is a "choice."

Many are speaking out, as The Kansas City Star reports.

Over 1000 Catholics from St. Ann's and surrounding parishes have signed a petition, a moving letter to Archbishop Joseph Naumann, urging the Archdiocese to reconsider and enroll the young student.

The Kansas City Star Editorial Board published a strong and lengthy, albeit respectful, rebuke of the Archdiocese's decision, noting that while legally they have every right to deny the student, it appears they are "playing favorites among sinners."

It asks, "Does the school admit the children of parents who aren’t Catholic? Check. What about those who may have had vasectomies, undergone in vitro fertilization, or divorced and remarried without church annulment? Check, check and check."

The Board did not stop there.

"It’s also just reality that some heterosexual relationships that may appear 'traditional' on the surface can be anything but," the editors wrote. "Who knows whether this male-female couple has an agreement that girl- or boyfriends on the side are A-OK? Or if those couples entered into marriages of convenience for reasons of inheritance, citizenship or social status? The school might see parents’ genders, but it can’t look inside their hearts — or their home lives."

The family that is being discriminated against wishes to remain anonymous and have not responded in public.