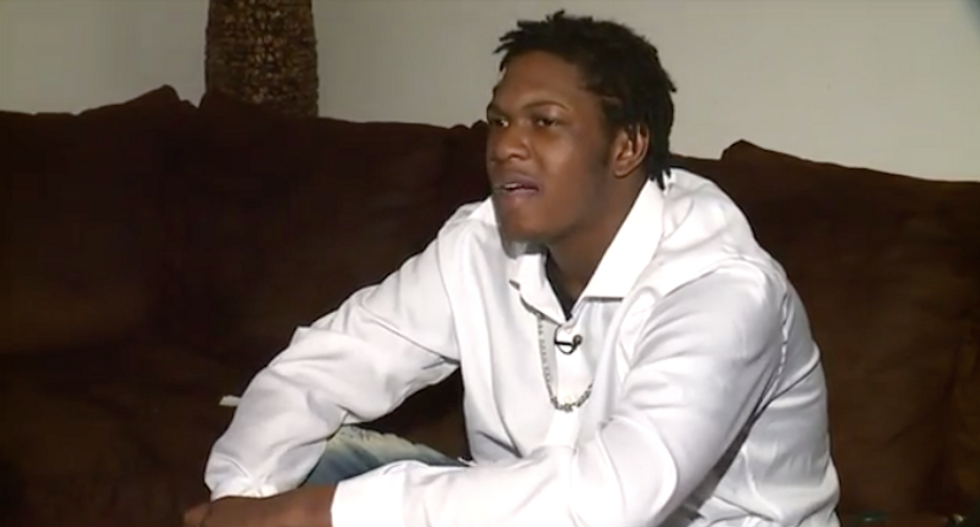 A Missouri church service went off the rails after a pastor tried to get a teen under control by taking out a firearm, reports WDAF.

There are conflicting reports about what actually happened. The pastor claims the teen made terrorist threats. The 17-year-old, who attended the Apostolic Revival Church for "teen night," claims he was behaving and that the attack seemed to come out of nowhere.

"Yeah, I was having a good time in the beginning," Quinton Graham said.

As the service commenced, Graham says he muttered "We are sheep and not goats," which he admits may have been disrespectful. Yet it sparked an outsized response from the Church leader. He tried to leave, and was attacked by a group of men. "They grabbed me, grabbed my arm, grabbed my shirt. When one of those grown men twisted my arm, I swung on him, and things really got crazy," Quinton said.

When the group stumbled outside, the pastor allegedly pointed a gun at the teen.

"Yes, he threatened my life. He said, 'I will kill you,' and I said, 'Do it.' And after that, that's when I just really started going off," Quinton said.

Asked by Fox 13 if he pointed a gun at the teenager, the pastor refused to comment.

"I will not comment to that. I will say we did try to deescalate the situation, and it got out of control to the point we were uncomfortable. If there's anything I regret is that I could not help this young man," he said.