China says can 'absolutely' reach deal with US on financial opening 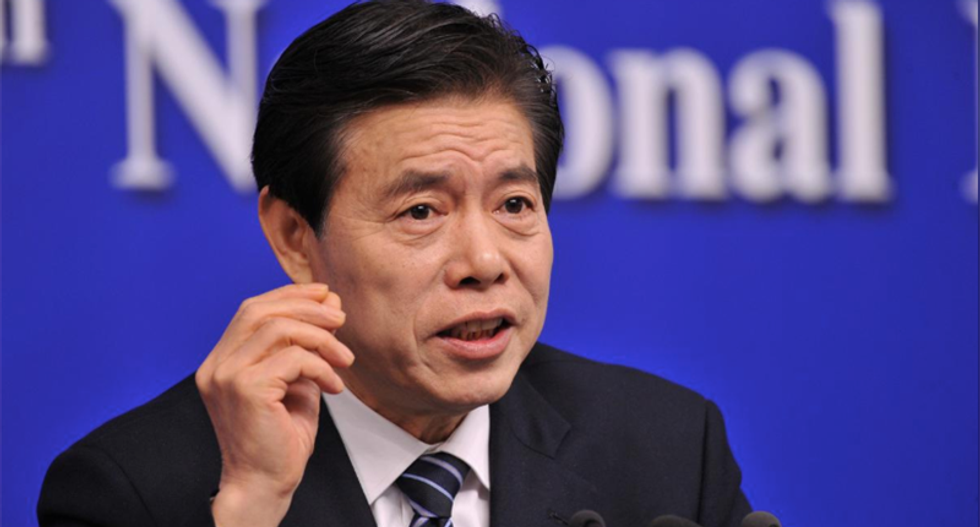 China can “absolutely” reach an agreement with the United States on opening up its financial sector, China’s top banking regulator said on Tuesday, even as the country’s commerce minister admitted talks with Washington had been difficult.

The two countries have been working to resolve a bitter trade dispute that has rattled financial markets and disrupted world supply chains in a blow to global growth.

The United States and China appear close to a deal that would roll back U.S. tariffs on at least $200 billion worth of Chinese goods, as Beijing makes pledges on structural economic changes and eliminates retaliatory tariffs on U.S. goods, a source briefed on negotiations said on Sunday.

Speaking on the sidelines of China’s annual meeting of parliament, Guo Shuqing, chairman of the China Banking and Insurance Regulatory Commission, said while he could not give details on the talks, reaching an agreement in the financial area should not pose problems.

“On the opening of the financial sector, China and the United States absolutely can reach agreement. Though at present there may be a few small disagreements, the problems are not that great,” Guo said.

The United States has also expressed concerns about the value of China’s yuan.

Guo reiterated that China did not engage in competitive devaluation of the yuan currency.

Speaking separately on parliament’s sidelines, Commerce Minister Zhong Shan said that trade talks with the United States have been difficult.

“There is a lot of content in the consultations, the difficulty is great. This needs our teams to work overtime, day and night,” he said.

“At present working teams are still continuing negotiations, as we still have a lot to do.”

The trade talks have achieved a breakthrough in some areas, Zhong said, adding that both China and the United States and the global economy stand to benefit if both countries can reach a trade deal.

China and the United States should seek common ground while setting aside their differences if they want to reach a consensus, Zhong added.