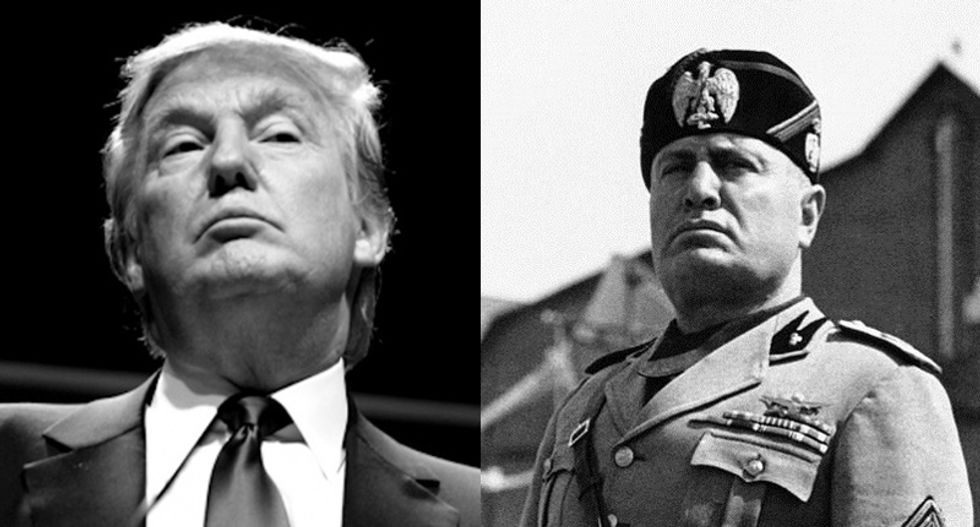 On Wednesday, President Donald Trump launched his attacks on Obamacare anew, claiming the Republican plan would be "far better" than the Affordable Care Act.

But whether the GOP has a concrete plan to replace the ACA remains to be seen. Raw Story spoke with clinical psychologist Eliza Mika about Trump's reaction to the seeming conclusion of the Russia probe and the President's singular obsession for undercutting former President Barack Obama's main policy achievement.

Mika is a clinical psychologist originally from Poland. She specializes in assessment and counseling of gifted children and adults and is an expert on creativity and mental health, different learning styles, and emotional and moral development. She contributed her understanding of pathocracy and the rule of pathological personalities to “The Dangerous Case of Donald Trump: 27 Psychiatrists and Mental Health Professionals Assess a President,” edited by Bandy X. Lee, released in an expanded edition last Tuesday, alongside a major, interdisciplinary conference in Washington, DC (dangerouscase.org).

Raw Story: On Tuesday, during a meeting with Israeli Prime Minister Benjamin Netanyahu, President Donald Trump accused critics of treason. “There are a lot of people out there that have done some very, very evil things, some bad things, I would say some treasonous things against our country,” he said. “And hopefully people that have done such harm to our country — we’ve gone through a period of really bad things happening — those people will certainly be looked at.”

Not the most traditionally Presidential way of discussing your critics. Can you discuss Trump's response to the Mueller probe?

Elizabeth Mika: It was certain that Donald Trump would interpret the report findings to his advantage, even if such an interpretation flew against facts – and especially then. He and his sycophants now claim full exoneration despite the report being very explicit that this is not the case.

His extreme narcissism makes him impervious to reality, as we can see daily, and he is incapable of taking responsibility for his actions. We can observe this pattern of behavior, obvious already prior to his presidency, when Donald Trump is being taken to task for some questionable action.

The pattern is to deny, deny, deny; claim his greatness; push the narrative of wounded innocence, presenting himself as the victim; and deflect attention by repeatedly attacking his perceived enemies, often accusing them, via projection of his own sins, and advocating their punishment, such as Hillary Clinton.

We have examples of modern tyrants facing the wrath of their society -- Saddam Hussein, Muammar Gaddafi, the Ceausescus -- who, to the very moment of their executions, believed and claimed that they were the beloved saviors of their people. In their own eyes, they were always the innocent greats.

Pathological narcissism distorts the truth to protect the narcissistic leader from it, and unfortunately his sycophants function as enforcers of this dangerous distortion. If anything, Donald Trump's behavior is predictable. His responses to everything are about just one thing: protecting his delusions of grandeur and his sense of aggrieved entitlement.

That kind of rigidly self-referential thinking is known as solipsism and is characteristic of various forms of psychopathology. It is particularly apparent in people with severely impaired conscience, whose character defect makes them incapable of empathy, of understanding other people and their experience, and, most importantly, of grasping higher human values.

Raw Story: With the Mueller report seemingly behind him (though the full report has yet to be released) Trump still faces multiple investigations in the Southern District of New York. How do you expect him to react to these?

Elizabeth Mika: The same way he's reacted in the past: with denials of any wrongdoing, shifting blame on others, discrediting the findings and their authors -- and likely inciting violence against them -- and upping his delusions of grandeur and omnipotence. He has not veered from that behavioral script yet, and we can expect it to continue.

Raw Story: The latest fight appears to be over healthcare. President Trump seems obsessed with dismantling the Affordable Care Act. The ACA has flaws, but President Trump seems set on demolishing one of his predecessors' key achievements rather than improving it. Why do you think he wants to kill Obamacare?

There are several likely motives at play, but the most prominent one seems to be the fact that Obamacare was Obama's greatest achievement. Trump appears obsessed with undoing Obama's legacy, and this reflects his trademark desire for revenge on anyone who represents strengths and virtues that he does not possess. Trump does not understand health care, or human pain and suffering, nor is he willing or able to learn anything about them. He is apparently more than willing to endanger millions of Americans' lives to satisfy his need for self-aggrandizement and revenge.

Raw Story: How do you predict this playing out, given what you've observed regarding President Trump's patterns of behavior?

Elizabeth Mika: Donald Trump's reign of disorder is likely to proceed unabated, while he continues to grow more grandiose, more distrustful, and more demanding of adulation and subservience from others. We have seen the pattern before in other leaders with similar character problems and the coterie of sycophants and supporters.

History teaches us about the inevitable progression of governance by such leaders, leading to destruction of a society over which they preside. This is accomplished through the dismantling of facts -- truth -- and values, and replacing them with their distorted, inverted versions that reflect the narcissistic needs of the leader and his psychologically similar supporters.

Such a society then becomes a full blown pathocracy -- a system based on an oppressive rule of conscience-deficient personalities whose quest for power and glory obliterates higher human values.

This is a predictable process, described already in antiquity. We repeat the pattern because we don't learn -- or rather we learn slowly. Our own narcissism makes us believe that "it can't happen here," as if we were exempt from these universal human phenomena.

There is hope, however. There are deeper forces at work here, and the destructive trends we are experiencing now could ultimately lead to positive outcomes. The triumph of American narcissism manifested in Donald Trump is a much needed confrontation with our shadow, the part of our individual and collective psyche that contains our repressed traits and tendencies.

This confrontation makes our denial of reality no longer possible -- we must acknowledge that we have lived our lives, individually and collectively, in a narcissistic lie about our superiority and omnipotence, a lie that has caused much suffering to others and ourselves, and prevented meaningful growth and change.

We are now seeing signs of positive disintegration in the moral and spiritual awakening that is taking place in America, as a result of the confrontation with our shadow embodied in Donald Trump.