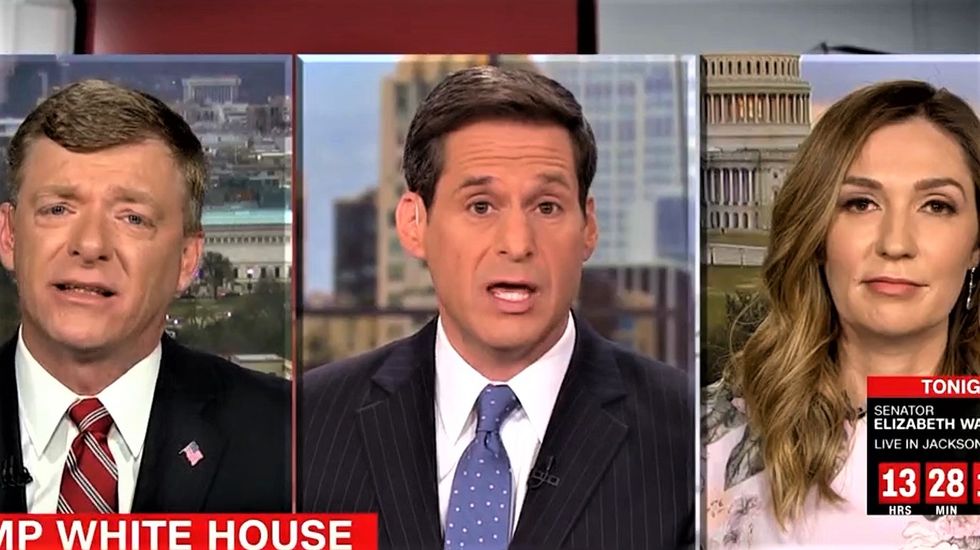 During an appearance on CNN with Trump 2020 campaign operative Marc Lotter, Carpenter tried to make the case that the president was significantly hurting the Republican Party heading into the 2020 presidential election.

Lotter, however, insisted that Trump was beloved by members of his own party, who would rush to the polls in 2020 to guarantee him a victory.

"The president has record-high approval with Republicans," he said. "They're not going to stay home because they see the results that this president is getting."

Carpenter, however, countered by saying that Trump's popularity in the GOP stems in part because the party has been losing voters.

"It's a shrinking party," she said. "Look at the 2018 midterms, particularly with the suburban Republican women who are fleeing the party because Donald Trump is not someone that they can be proud of."

Later in the segment, Carpenter asserted that Republican lawmakers are "privately horrified" by Trump's behavior, particularly his attacks on the late Sen. John McCain. However, she said they largely keep quiet about it because they recognize the party's base will vote them out if step too far out of line.