Trump has thrown a lot of cabinet members under the bus 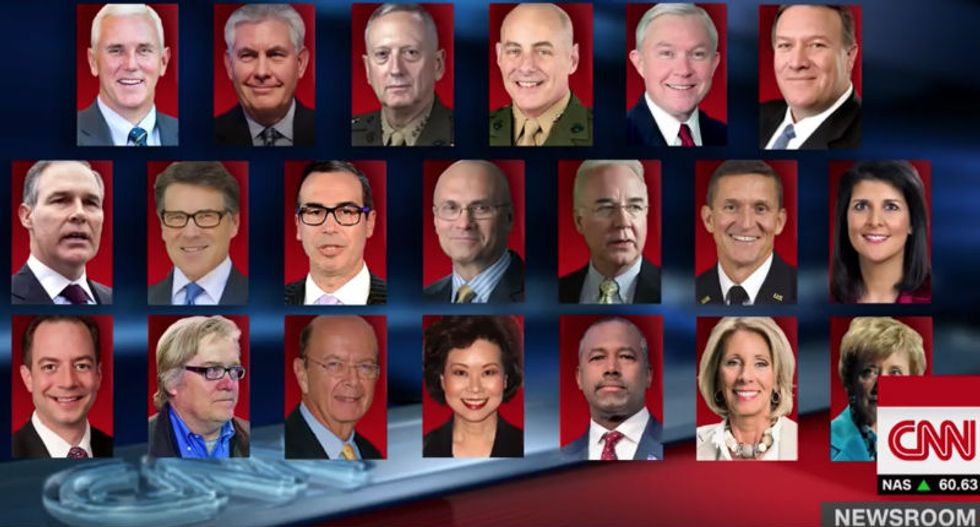 CNN's Brooke Baldwin noted on Friday that Education Secretary Betsy DeVos has now joined the ranks of the many cabinet members President Donald Trump has thrown under the bus.

"Here we go again, when a member of the president's own cabinet says X and the president says Y," said Baldwin, cutting to a clip of Trump disowning DeVos's proposal to zero out funding for the Special Olympics. "This isn't the first time President Trump has countermanded his own members of the cabinet. Here's a quick look at some other examples."

"Just last night, he said his administration will protect Americans with pre-existing conditions," she said, "even though his own Justice Department is arguing for eliminating those very protections right now in court."

Trump fought "Secretary of Defense Mattis when he unilaterally decided to pull troops from Syria," Baldwin added. "And let's not forget the very public shaming of his then-Attorney General Jeff Sessions for his crucial role in the whole Russia investigation where President Trump said he should never have appointed him in the first place."