CNN's Chris Cuomo schools Trumpster Michael Caputo on so-called perjury trap: 'They can only do it if you lie' 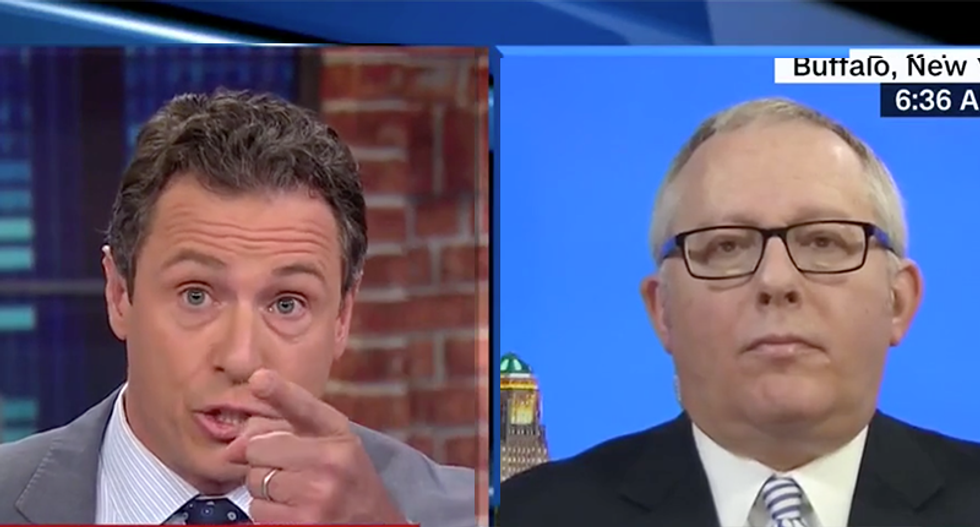 Caputo said that he's been called on once again to give documents up related to his dealings with the Trump administration, and that House Democrats are trying to catch him in a lie.

"This is where it starts looking like they're asking the same questions for a fourth time in a row, two years after the first time they asked it, and, you know, that's what we call a perjury trap," he said.

"No, no," the former legal reporter cut in. "A perjury trap is when they bring you in with no legitimate investigative reason, and they're trying to trip you up against somebody else's testimony just to get you on perceived perjury."

"I talked to several people," Caputo said. "I know a lot of those 81 people [on the list] and we all agree that it feels like a perjury trap," the former Trump aide continued. "We all agree it feels like they're trying to set the stage for an impeachment of the president."

"Those are two very different things," Cuomo countered, adding "they can only do it if you lie," regarding a perjury trap.

"I understand that, Chris, I believe I'm susceptible to this because I don't trust the people who are inviting me there [to Congress]," Caputo said. "By the way, they haven't invited me [formally] yet...they may not."

The conservative, who deleted all his tweets prior to Tuesday, March 5th on Wednesday, then complained about the financial burden of hiring lawyers to help him with the new request from Congress.

"I understand, and it is unfair that you got caught up," said Cuomo, before adding, "but remember where it started....all right?"

"Congress didn't make this up," Cuomo said. "This was given to them by a president, people around him, who lied too much about things that they shouldn't have," the CNN host added.