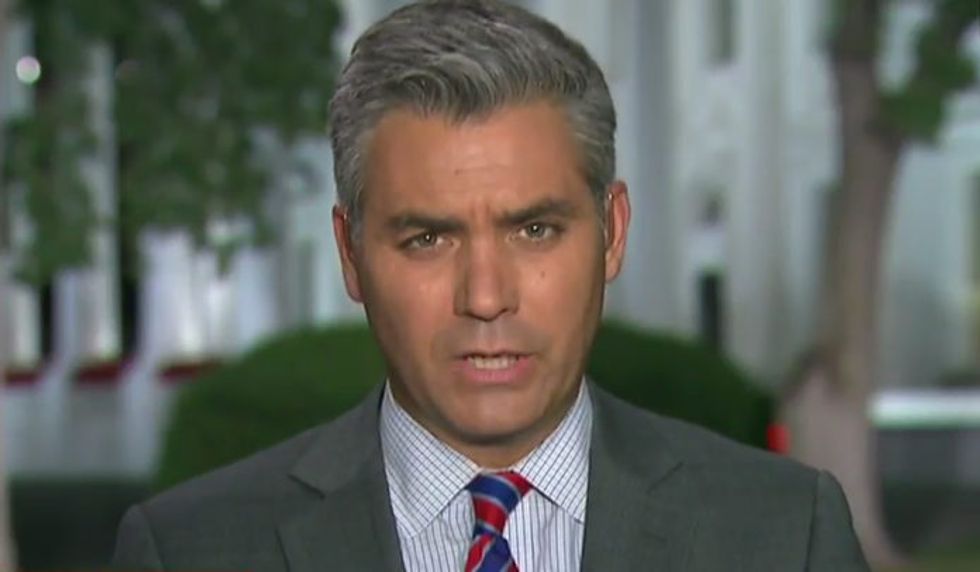 Afterwards, reporters asked her questions on a range of controversial topics.

When CNN's Jim Acosta asked her if the President would consider tamping down his rhetoric during the election, in response to Trump calling Democrats anti-Jewish, Sanders responded by citing the party's pro-abortion stance.

Later Acosta broke down their exchange.

"There are so many difficult questions for this White House to answer," Acosta said.

"I think this issue of the president referring to Democrats as anti-Jewish ... that's naturally going to dredge some of old questions from his past," Acosta said. "Obviously Democrats don't hate Jewish people that is just a silly thing to say."

"We're in for ... probably ... it's astonishing to say this, but we're in for the nastiest campaign we've ever seen," Acosta said.

He also pointed out that Sanders is in a uniquely tight spot given all the legal problems bedeviling the administration.

"And you can see, going to back to that issue of why there haven’t had any briefings lately, there are legal questions that are going to twist any press secretary into a pretzel. Because obviously Sarah Sanders is not going to want to say something from the podium that might get her hauled into the special counsel’s office.”