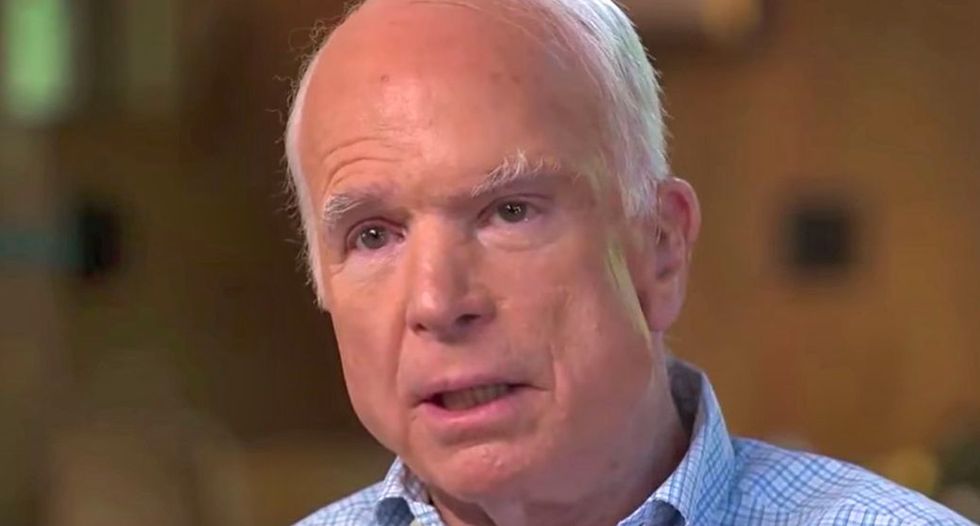 Conservative activist Michelle Malkin went on an unhinged rant at CPAC Friday that ended in her cursing the ghost of John McCain.

"Hey, remember when Congress promised that they were going to enact a nationwide visa entry/exit system to track legal short-term visa holders?" Malkin asked the crowd. "Remember that? Nobody in Congress does. One has yet to be built even in the wake of the 9/11 terrorist attacks which were perpetrated in part by several illegal alien visa overstayers."

"E-verify has been stalled," she continued. "Sanctuary cities have metastasized and both parties are to blame."

She then turned her aim on fellow Republicans.

A conservative blogger who cut her teeth during the early days of the Iraq War, Malkin claimed earlier in the week that she was "Silicon Valley Sharia'd" after Twitter took down one of her tweets that featured a cartoon depicting the Muslim prophet Mohammed.

"It seems like ancient history, but Islamic supremacists never forget — or forgive," she wrote.