Corey Booker tells Selma audience the US is failing its people 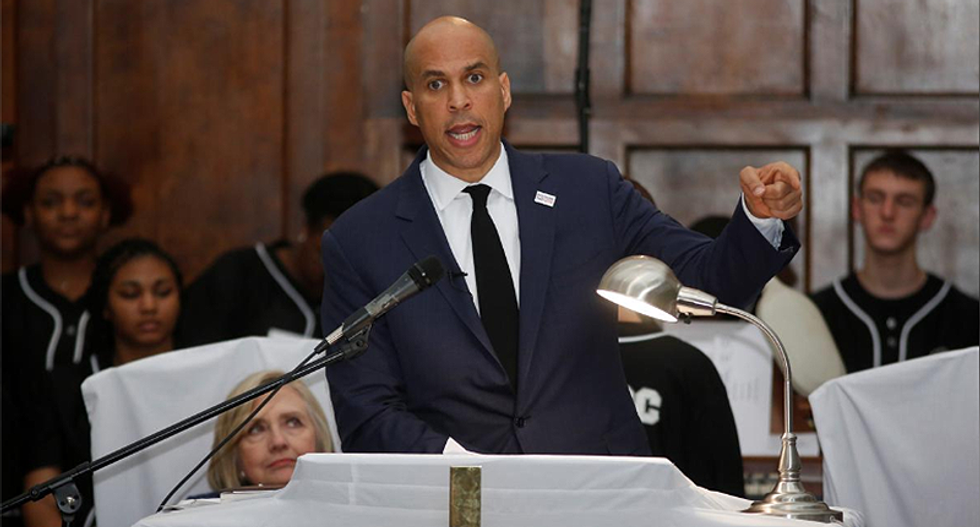 Booker, 49, a black second-term senator from New Jersey and former mayor of Newark, also lamented that clean water and affordable healthcare are still unavailable in many communities.

“We live in a nation that is failing its moral obligations to its children, to its people,” Booker said in a short speech at a church near the bridge in Selma, Alabama, where civil rights activists were attacked more than half a century ago.

Nearly 600 activists marching for African-American voting rights were met on the Edmund Pettus bridge on March 7, 1965, by white state troopers who beat them with batons and sprayed them with tear gas.

Images of the violence brought attention to the cause, and President Lyndon Johnson passed the Voting Rights Act that year.

Every year, the “Bloody Sunday” anniversary is marked by demonstrators marching across the bridge, many of them singing “We Shall Overcome.”

Booker told the congregation he was proud to be in Selma to remember the history of the movement.

“But I worry now that we are at a point in our country where we see a moral vandalism that is attacking our ideals and beliefs and eroding the dream of our nation,” he said.

Another Democratic candidate for the party’s 2020 nomination who spoke at the church, Vermont Senator Bernie Sanders, said it was time for the current generation to demand an end to voter suppression in the United States.

“And not only do we end voter suppression, but we make it easier for people to vote, not harder,” Sanders said.

The Democratic Party is looking at a crowded field of candidates aiming to win back the White House. At least six U.S. senators are vying to challenge President Donald Trump, the likely Republican nominee.

Booker has made race relations a focal point of his campaign, aiming to appeal to young, diverse voters who twice elected former Democratic President Barack Obama.

Booker announced his candidacy on Feb. 1, the first day of Black History Month, citing the impact of racial discrimination on his family and saying he would focus on creating good jobs and reforming the criminal justice system.

Reporting by Katharine Jackson in Washington; Editing by Sonya Hepinstall