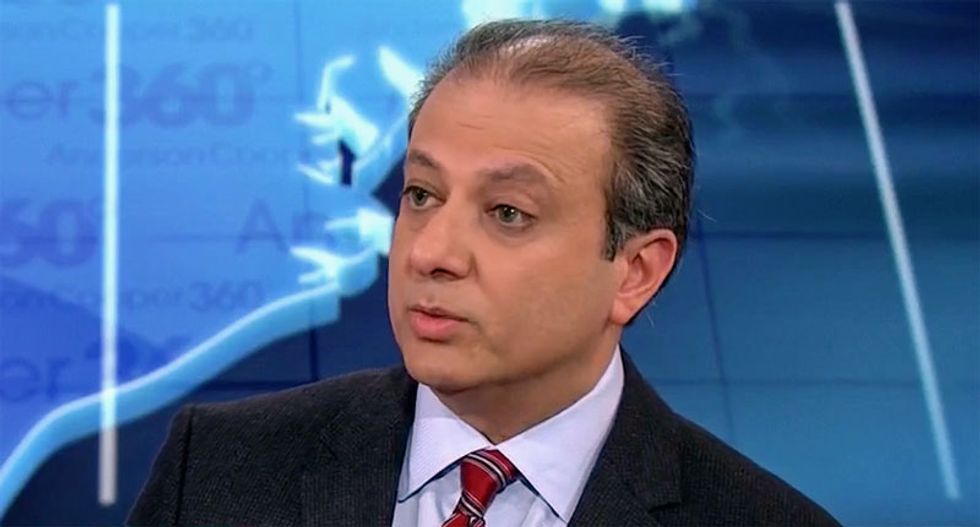 The former U.S. Attorney for the Southern District of New York, Preet Bharara on AC360.

Preet Bharara has become a staple of the contemporary political commentariat in the age of President Donald Trump, so it can easily be forgotten that he’s not just a typical pundit — he was also at the center of one of the key controversies early in the administration, one that reverberates to this day.

That’s because Bharara, then the U.S. attorney heading up the Southern District of New York, was initially asked to stay on in his role during Trump’s transition. The president then later asked for Bharara’s resignation, which he refused to give. Trump then fired him in dramatic fashion.

This has become even more significant over the last few years because the federal prosecutors out of SDNY are known to be investigating the president — and they have even implicated Trump in a campaign finance crime, for which his former attorney Michael Cohen has already pleaded guilty. It seems plausible that Trump feared the kind of investigations that might come out of SDNY, and he wanted to have an ally lead the office. And according to a new interview Bharara gave Tuesday to Ari Melber on MSNBC, Trump was already behaving inappropriately early on in his term.

So inappropriately, he revealed for the first time on Tuesday, that he and others in his office considered recording a phone conversation with Trump.

“I wanted to make sure, because I had a certain amount of mistrust, it was an odd phone call to be making,” he explained. “It would be my word against his, if he decided to say something inappropriate, which I didn’t necessarily know was going to happen.”

He noted that past reports that Deputy Attorney General Rod Rosenstein has likewise considered recording conversations with the president seemed plausible to him.

“When you’re used to seeing someone, you know, tell untruths about what happens in a conversation, and you care about your own integrity — I don’t want anybody to say, ‘You had some side conversation with the president of the United States.’ So we didn’t do that, ultimately — we thought it was a bridge too far,” he said. “We talked about it for five minutes.”

But he noted that just the president’s desire, on its own, to want to talk to him as a sitting U.S. attorney, was “odd and inappropriate.”