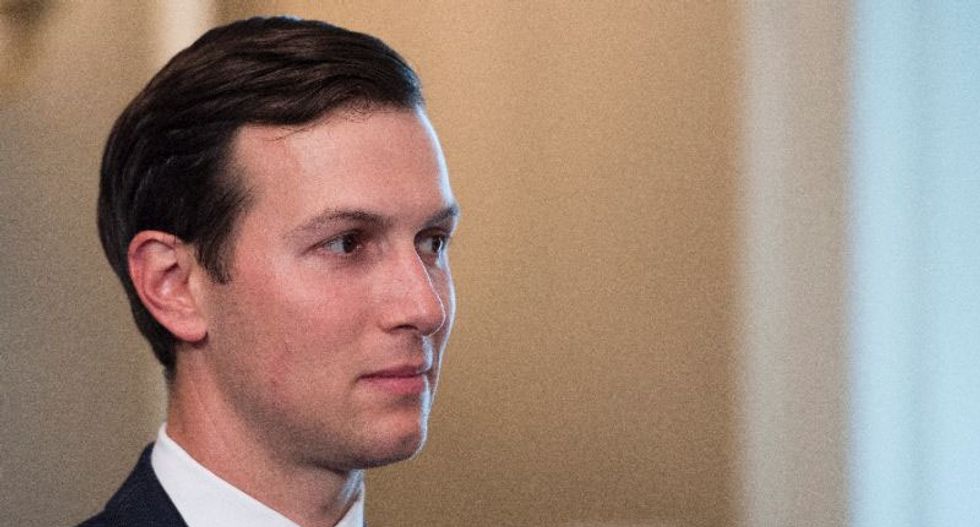 The fallout from a Thursday revelation in The New York Times that President Donald Trump personally intervened to give his son-in-law Jared Kushner a security clearance has some calling for Kushner to be fired.

The #FireKushner hashtag was trending on Twitter Friday morning as a number of commentators called for Kushner—a White House senior advisor—to either resign voluntarily or be removed from his position.

#FireKushner .... why aren’t we asking to #FireIvanka too? Both need to lose their security clearances immediately… https://t.co/6OuEy6vnNK
— Kristin Marie (@Kristin Marie)1551439588.0

Reporters chimed in on social media, explaining how Kushner's history of problematic issues with clearance might contribute to the storm of scandals around the president and the White House.

WH chief of staff, John Kelly, wrote an internal memo about how he had been “ORDERED” by Trump to give Kushner the… https://t.co/0LFKwmqbuu
— Rula Jebreal (@Rula Jebreal)1551398352.0

To remind: Here's why Jared Kushner was never supposed to get a clearance "Officials in at least 4 countries priva… https://t.co/OtftF22RXL
— Carol Leonnig (@Carol Leonnig)1551414661.0

Despite the growing chorus of anger over Kushner's position of power within the White House, it's unlikely that the president will remove his son-in-law from the administration. Kushner has proven resilient in the face of two years of sustained criticism over his role in the West Wing and the president's reported intervention on his behalf does not indicate a willingness from Trump to discard his son-in-law.

Still, Kushner's level of clearance has been a source of contention in the White House since Trump took office—and, as the Times reports, the concern over Kushner's access to secret materials is longstanding on the part of intelligence services.

The full scope of intelligence officials' concerns about Mr. Kushner is not known. But the clearance had been held up in part over questions from the F.B.I. and the C.I.A. about his foreign and business contacts, including those related to Israel, the United Arab Emirates and Russia, according to multiple people familiar with the events.

The Times also reported that Trump's decision was opposed by both White House Counsel Don McGann and then-Chief of Staff John Kelly.

It's unclear what, if anything, can be done about Kushner's clearance—but one thing's for sure: there's no sign of the scandals surrounding the administration going away any time soon.

Every time I talk myself into believing this is mainly a Paul Manafort story, Jared Kushner wanders back into the frame.
— southpaw (@southpaw)1551418530.0