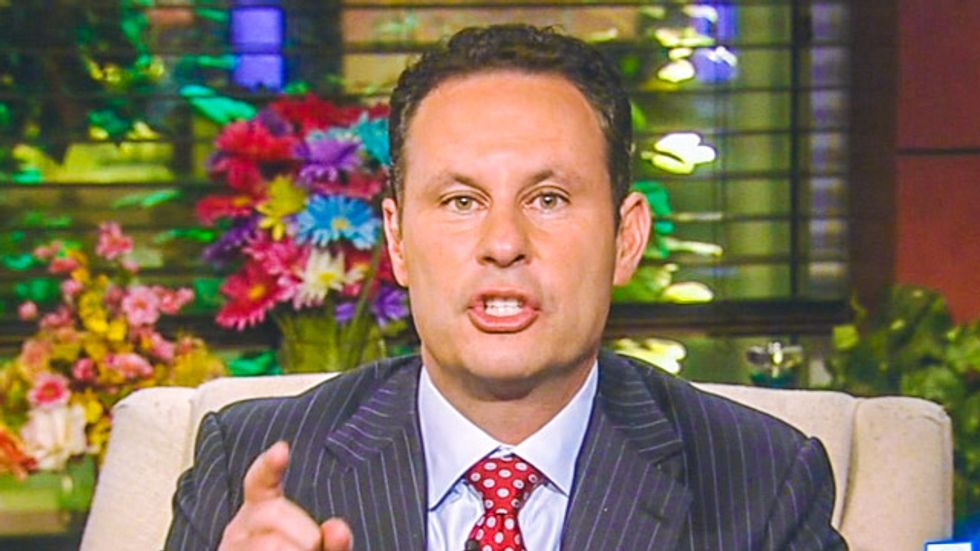 "Fox & Friends" host Brian Kilmeade on Friday defended former Trump campaign chairman Paul Manafort from accusations that he conspired with Russian officials to interfere in the 2016 presidential election by arguing that he was merely financially compromised by a man who happened to be a Kremlin-linked operative.

Kilmeade began by saying it would be "tough" for Manafort to serve the next four years in prison, even though the sentencing guidelines handed down by special counsel Robert Mueller's office called for a much harsher punishment.

Kilmeade also bemoaned the fact that Manafort was treated so harshly and falsely claimed that most of Manafort's crimes occurred "before he even met Donald Trump," when in reality Trump and Manafort have known one another since the 1980s.

Kilmeade then tried to shut down talk of Manafort working for Russia.

"For those people who keep drawing lines to Russia, keep in mind, he owes money to this oligarch, [Konstantin] Kilimnik, and on top of that he was keeping that guy in the loop to show how important he was and how he might be good for it down the line," Kilmeade said.

Kilimnik, with whom Manafort worked last decade lobbying on behalf of a Kremlin-allied Ukrainian politician, has been linked by the FBI to Russian intelligence agencies.

Mueller has alleged that Manafort in 2016 shared Trump campaign polling data with Kilimnik, although it is not clear at this moment what the purpose of sharing that data was.