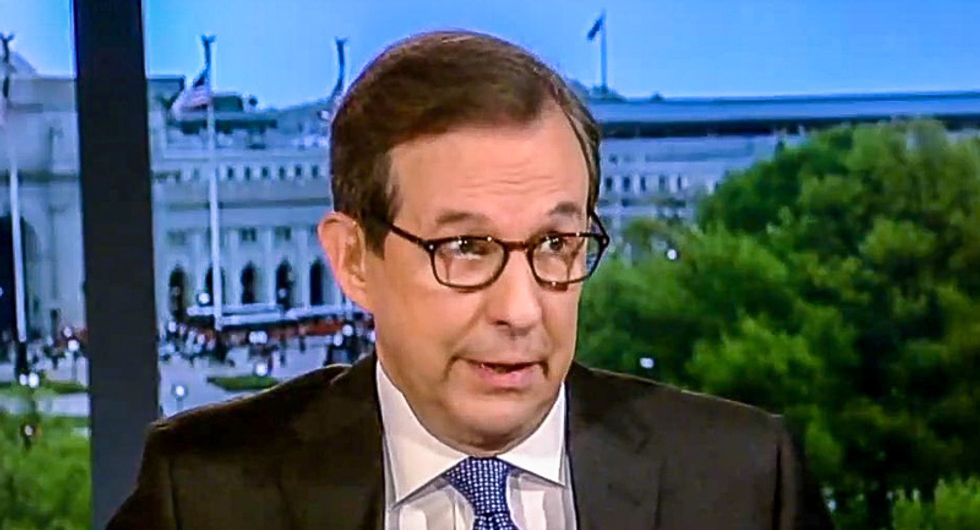 Mick Mulvaney, the Acting White House Chief of Staff, claimed on Fox News Sunday that President Trump is not a white supremacist.

Host Chris Wallace noted that some critics claim that the president "has contributed to an anti-Muslim climate," including a statement from Senator and 2020 hopeful Kirsten Gillibrand, where she said, "time and time again, this president has embraced and emboldened white supremacists—and instead of condemning racist terrorists, he covers for them."

Wallace also pointed out similarities between the New Zealand shooter's statement about "killing invaders" and the president's own statements the next day using framing immigrants crossing our southern border as an "invasion."

"The president is not a white supremacist," replied Mulvaney. "I'm not sure how many times we have to say that."

The acting chief of staff did not, however, answer the question.

Mulvaney also pushed back at comments that the New Zealand shooter was a supporter of President Trump.

While Wallace shared the shooter's statement that he did see Trump has a "symbol of renewed white identity and common purpose," Mulvaney was displeased that Wallace did not include the rest of the shooter's comment where he disagreed with Trump's policies and abilities as a leader.

"I don't think it's fair to cast this person as a support of Donald Trump," said Mulvaney.

View the exchange below: