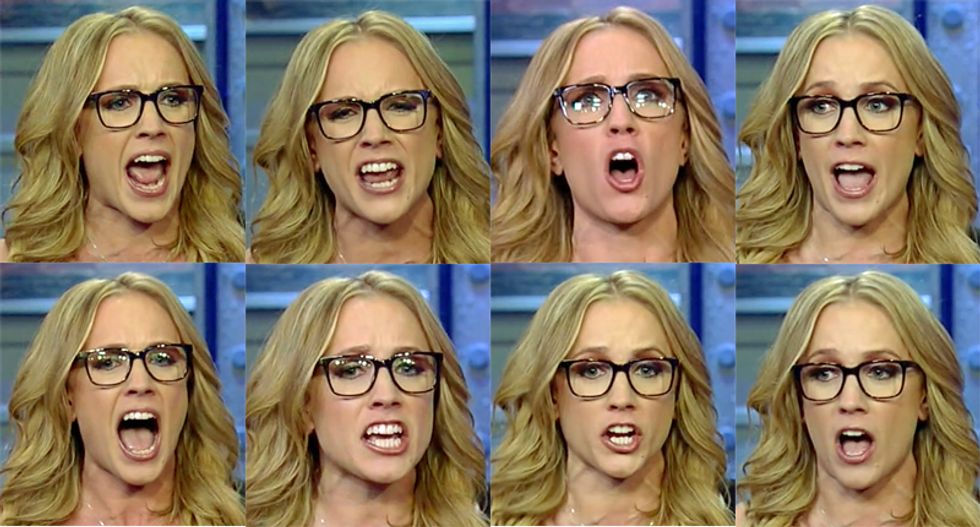 The Fox News infatuation with Rep. Alexandria Ocasio-Cortz (D-NY) continued on Saturday when a guest suggested that the Green New Deal would inevitably result in cannibalism.

Katherine Timpf, a National Review reporter, launched into a passionate rant about Ocasio-Cortez on "The Greg Gutfeld Show."

Less than a minute later, she had escalated to the point where Ocasio-Cortez's "bullsh*t" was resulting in cannibalism.