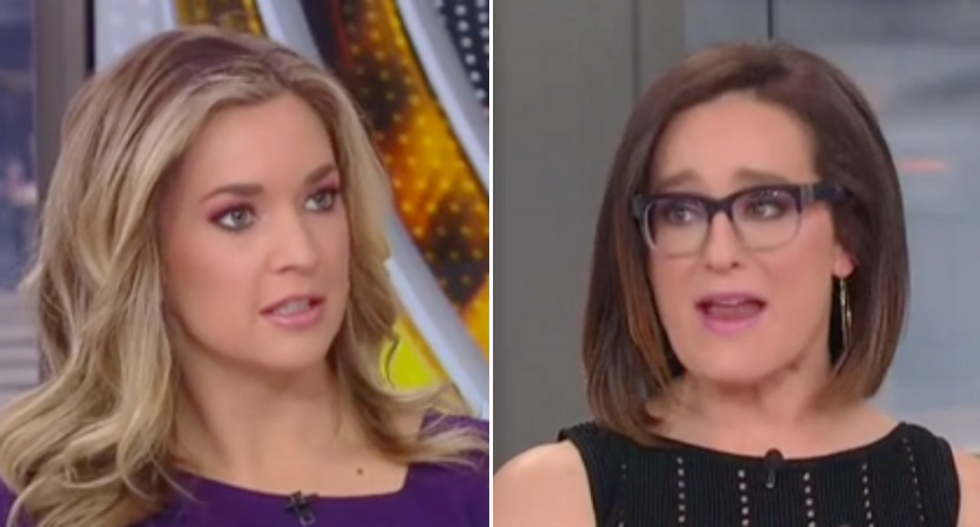 During a discussion on reparations, two Fox News commentators butted heads after one claimed that the United States deserves more credit for ending slavery.

Host Harris Faulkner began the conversation by outlining the reasons she, as a black woman, is against reparations while so many Democratic presidential hopefuls have brought them up.

"Look, I obviously know our history is a shared history with slavery in our country," Faulkner said. "I get it. I also understand that reparations are kind of in that spirit of what we can do to make the past right. I raise my children to make the future bright. We can't always correct the past. What we can do is create jobs. We can create opportunities."

She then ceded the floor to Katie Pavlich, noting that the commentator has "strong views" on the subject.

"They keep blaming America for the sin of slavery," Pavlich said. "But the truth is, throughout human history, slavery has existed. America came along as the first country to end it within 150 years. And we get no credit for that."

Kennedy interrupted, noting that "we did have a very bloody civil war" as the panel erupted into cross-talk.

"The remnants of that civil war, particularly blacks in the South — that was not an easy path. I mean, that was bloody and violent and deadly," she added.

"We were the country that decided to end it and we are still dealing with the issue," Pavlich said, "but if you want to start a problem and to inflame racial tension even more, start blaming people who have nothing to do with slavery for the sin of slavery."

"That is not fair, that is not the American way, and we shouldn't be doing it" she added.

Faulkner ended the discussion, saying "all right, we'll move on."