Fox's Jeanine Pirro and Tucker Carlson 'keep showing the ugly side of the network's face' -- and advertisers aren't happy: CNN 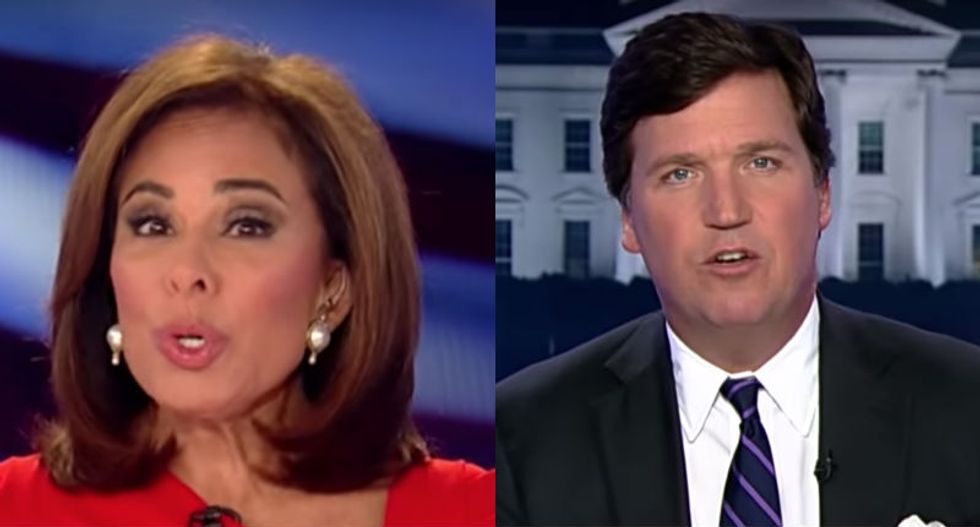 CNN's Brian Stelter reported on Monday that Fox News right wing commentators Tucker Carlson and Jeanine Pirro's ugly comments about women and Muslims were undercutting the networks efforts to promote its news division -- and as a result the network was growing increasingly worried about its advertisers.

"Even though she wrote this, it was put in the teleprompter, producers must have seen it ahead of time, Fox News did take a stand against her," Stelter said, noting Pirro's refusal to apologize and predicting that she'd be back at it within a week. "Fox News has gone back time and time again about fear of Muslims, fear of minorities. It's part of their business model."

"They want to have their cake and eat it, too," he said. "They want to have her on the air spewing this venom all the time, but they also want to keep just enough distance so advertisers don't get uncomfortable."

Bolduan then pivoted to Carlson, who has also refused to apologize for his comments about his taste for teenaged girls and statutory rape, and asked what made the two cases similar.

"Neither host is apologizing for the offensive things they've said, and in some ways, that's a problem for Fox in both cases," Stelter replied. "Fox wants to draw advertisers, it wants to keep running a profitable business, it's trying to promote its news brand."