Gap Inc says it will split in 2 companies, close 230 stores 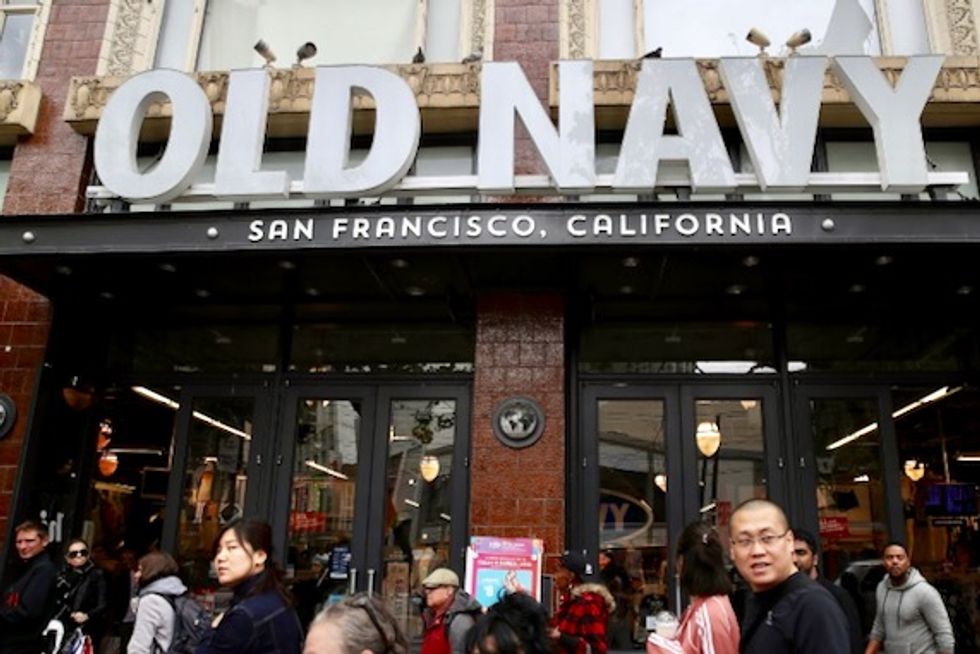 Gap Inc. on Thursday announced plans to split into two companies and shutter 230 stores in a makeover that showcases its hot "Old Navy" chain and deemphasizes its slumping namesake brand.

Shares surged around 25 percent in aftermarket trading following the announcement of the division into "Old Navy" and the unnamed "NewCo," which will comprise Gap, Banana Republic and the company's other brands.

"Following a comprehensive review by the Gap Inc. Board of Directors, it's clear that Old Navy's business model and customers have increasingly diverged from our specialty brands over time, and each company now requires a different strategy to thrive moving forward," Gap Inc Board Chairman Robert Fisher said in a statement.

"Pursuing a separation is the most compelling path forward for our brands," he added.

Gap Chief Executive Art Peck, who will lead NewCo, said the revamp was made with an eye towards positioning the businesses for the future almost exactly 50 years after founders Doris and Don Fisher launched the company with a single store on Ocean Avenue in San Francisco that also sold record albums.

"We are focused on value creation and have no sort of emotional attachment to a particular combination of these businesses," Peck told an analyst conference call.

Old Navy will continue to be led by the brand's chief Sonia Syngal once it becomes a standalone company. Originally launched by Gap in 1994, Old Navy offers apparel that generally comes in at a lower price point than at Gap or Banana Republic.

Gap reported full-year comparable sales of positive three percent at Old Navy versus a decline of five percent at Gap and a gain of one percent at Banana Republic.

The company plans 230 more Gap store closures globally over the next two years as the company works "to revitalize the Gap brand by re-engaging with customers and expanding its loyal customer base, leveraging the multigenerational, democratic appeal of the brand," Gap said in a press release.

The move comes as the US retail sector faces stiffening pressure from Amazon and other online retailers as e-commerce eats up a greater share of retail sales.

However, profitability remains a challenge in e-commerce, in part because of pressure from customer's for free delivery.

Gap shareholders will receive an equal proportion of shares in each of the two companies. The transaction is expected to be completed in 2020.