GOP senator destroys Rand Paul's anti-vaxx rant point by point: 'You're such a believer in liberty' 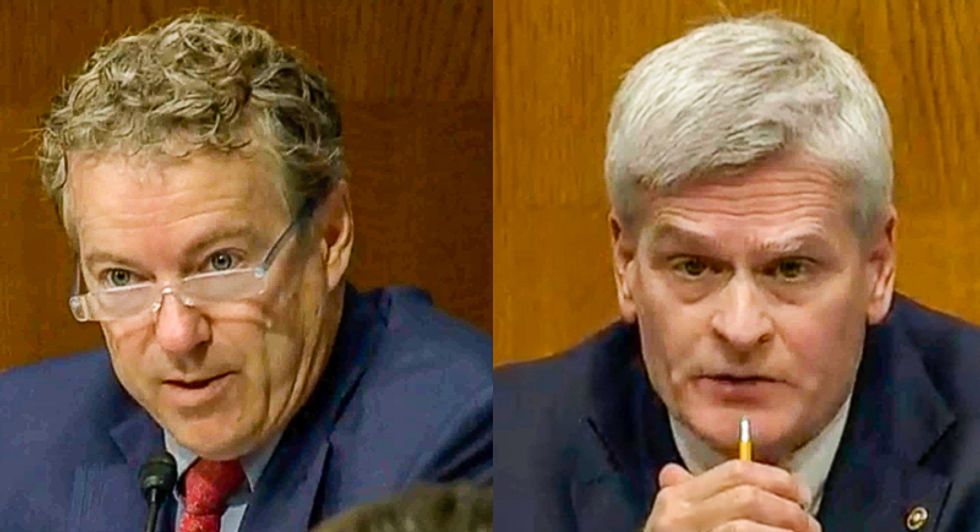 Sen. Bill Cassidy (R-LA) on Tuesday clashed with Sen. Rand Paul (R-KY) over whether the government should mandate vaccines for children.

During a Senate hearing on vaccines, Paul argued that parents should have the right to opt-out for their children.

According to Paul, people who support the measles vaccine "will be after us next" to mandate the flu vaccine.

"Some years it's completely wrong," he said. "But yet, five states mandate flu vaccines. Is it really appropriate to mandate a vaccine that more often than not vaccinates for the wrong flu strain?"

"As we contemplate forcing parents to choose this or that vaccine, I think it's important to remember that force is not consistent with the American story, not is force consistent with liberty our forefathers sought when they came to America."

Paul conceded that the benefits of vaccines "outweigh the risks."

"But I still do not favor giving up on liberty for a false sense of security." he concluded.

Cassidy, who is a physician and the committee chair, called out Paul by name when it was his turn to speak.

"I've seen people who have not been vaccinated who required liver transplantation because they were not," Cassidy explained. "I think it's important to point out that even if flu shots are not completely effective, they do mitigate."

"In terms of a requirement, the requirement is that you cannot enter school unless you're vaccinated!" he continued. "Now, if you're such a believer in liberty that you do not wish to be vaccinated then there should be a consequence and that is you cannot infect other people."