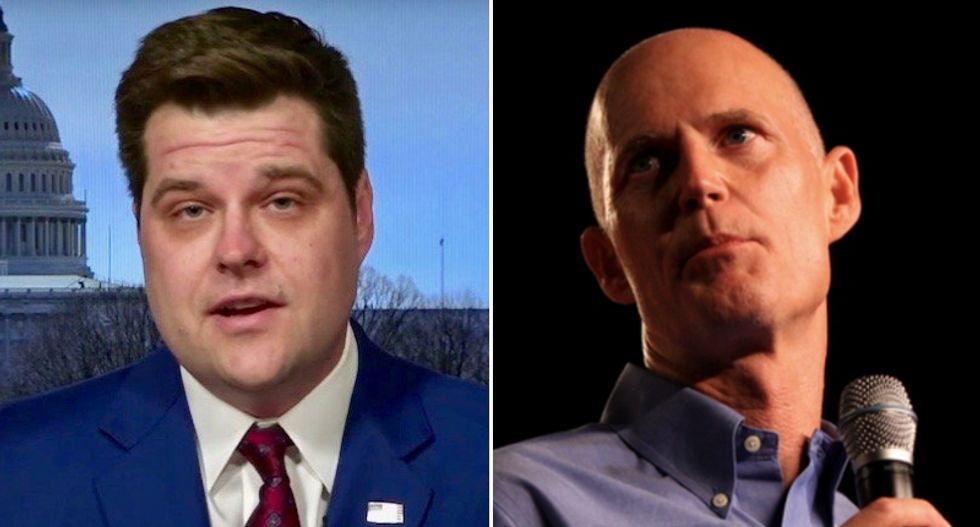 A fellow member of Florida's congressional delegation ripped Rep. Matt Gaetz (R-FL) a new one after the congressman appeared to threaten Michael Cohen ahead of his House testimony.

On the eve of Cohen's testimony before the House Oversight Committee, the two-term Florida Republican tweeted at the former Trump "fixer" asking him personal questions and alleging he is unfaithful.

"Do your wife & father-in-law know about your girlfriends?" Gaetz tweeted. "Maybe tonight would be a good time for that chat. I wonder if she’ll remain faithful when you’re in prison…she’s about to learn a lot."

Gaetz subsequently apologized to Cohen — a move Scott lauded him for.

“We shouldn’t be doing that stuff up here, you might not like what somebody is going to say but you shouldn’t be trying to intimidate them or their family, it’s wrong,” Scott said. “I think it’s disgusting and I’m glad he apologized.”

The report noted that Gaetz was critical of Scott during his last days as governor before he joined the U.S. Senate earlier this year.