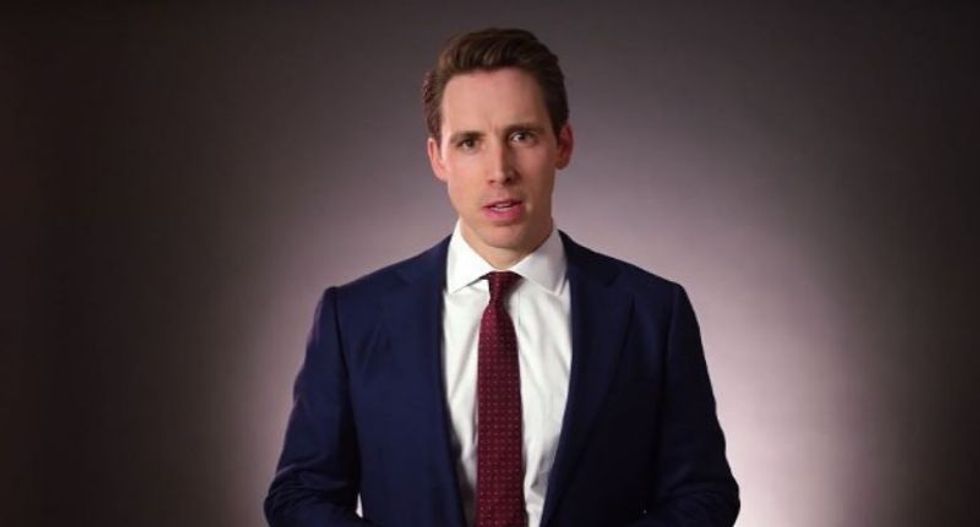 Republican Senator Josh Hawley (R–MO) was slapped with a subpoena Friday after delivering a speech at CPAC, according to the Kansas City Star.

"Elad Gross, a Democratic candidate for attorney general who is suing Missouri Gov. Mike Parson’s office, said on Twitter that the Missouri senator was served moments after he completed his appearance," the newspaper reported.

"Gross is seeking to depose Hawley about his handling of the Missouri Sunshine Law as the state’s attorney general leading up to his 2018 Senate election," the paper noted, before hinting that Hawley has been evading the court issued subpoena and trying to not be served.

Yet that was something he couldn't avoid on Friday as he left the stage at the conservative confab.

"We got him," Gross tweeted on Friday. "After more than two weeks of evading service, Senator Josh Hawley was personally served with the subpoena at CPAC," the Democrat added.

The subpoena relates to a pending lawsuit involving possible violations of Missouri's public records law, back when Hawley was the state's attorney general (he is now a US Senator). Hawley is ordered to give depositions as a result of the subpoena and he is required to present documents showing his campaign donors.

Gross and other Democrats say he has not been moving fast enough and not complying with the court in the matter.