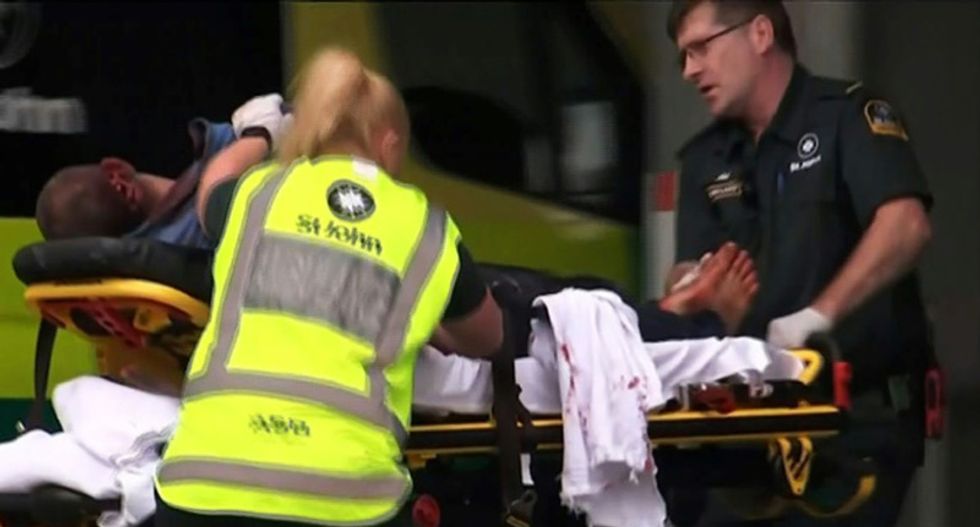 The death toll is at least 50 people according to CNN.

A person running the Facebook page asked followers to answer the following poll: "Was the incident a tragedy or was it 'f*cking great?'"

The poll also said, "This poll is because, in our posts and news stories, our sh*theads seem pretty divided." 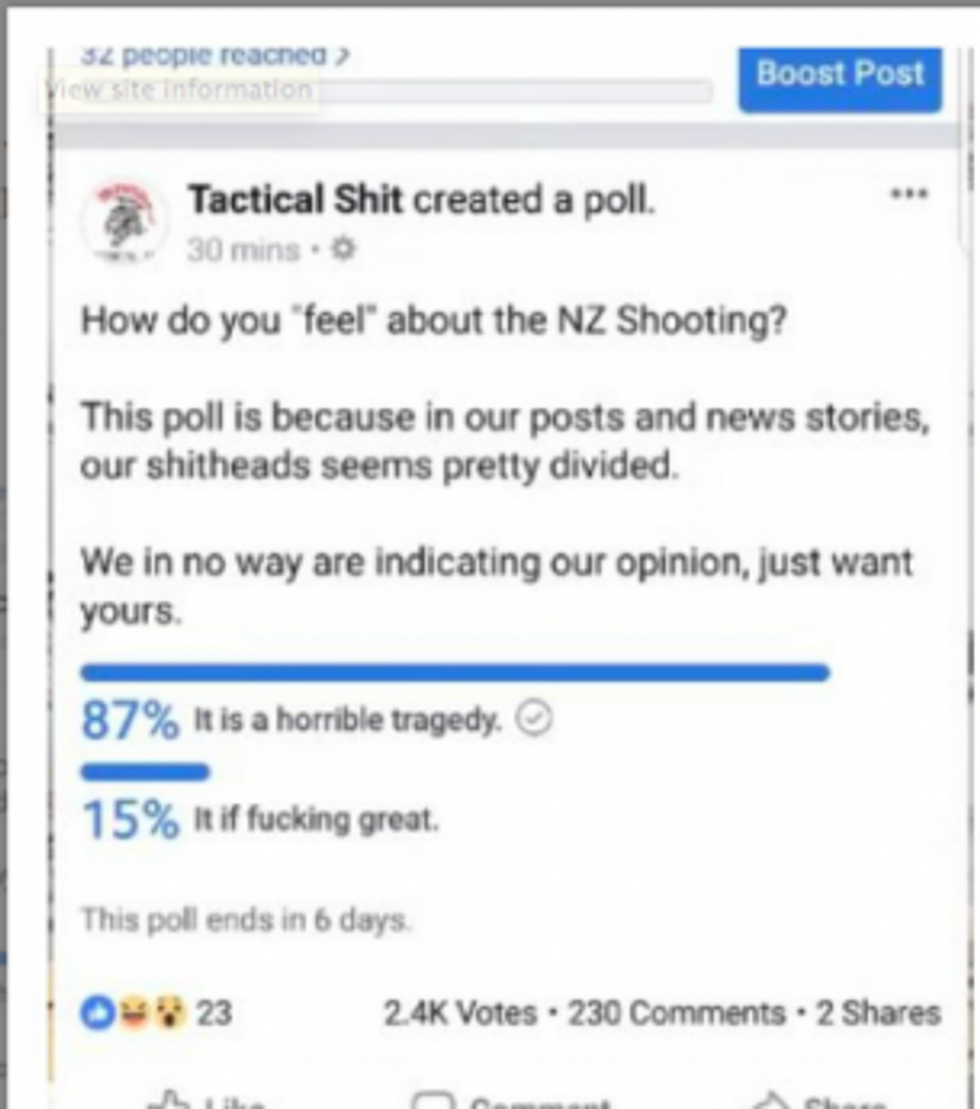 The store spent the weekend making "bigot" remarks about the shooting.

"Tactical Sh*t devoted numerous posts Saturday to the mass shooting, and the page has continued to post stories and commentary, inviting those 'sh*theads' to fill its comment sections with crusader-themed memes and photoshopped images from the shooter's live stream that present the tragedy as a scene from a video game," the report said.