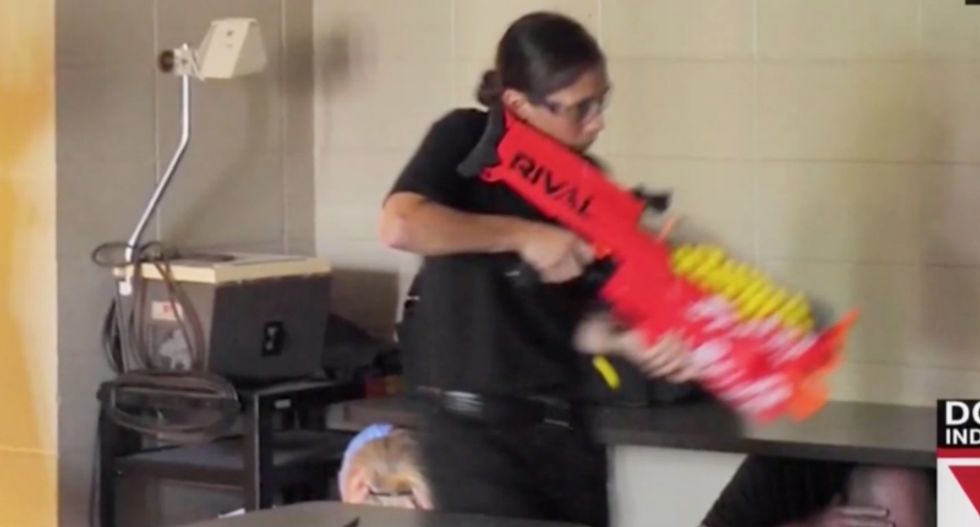 "It was at the start of an active shooter training that was occurring in the district," Holub said, recalling the incident. After being told to "face the wall", teachers were prompted to "crouch down and they were shot at with plastic pellets."

"Many of them were shocked, and obviously it was a great surprise to them," Holub went on, adding that some of the teachers had been injured as a result of the shooting. "Honestly, people just didn't understand why that would be done. We don't start our school buildings on fire when we're doing fire safety training, it just seems to us that there is absolutely no reason that this should have occurred."

"What we've sought is simply an amendment to that to say that during that training, you won't shoot teachers," he said. For a moment Holub and host Brooke Baldwin were stunned into silence by the absurdity of the situation, before Holub chuckled and added, "Pretty obviously."