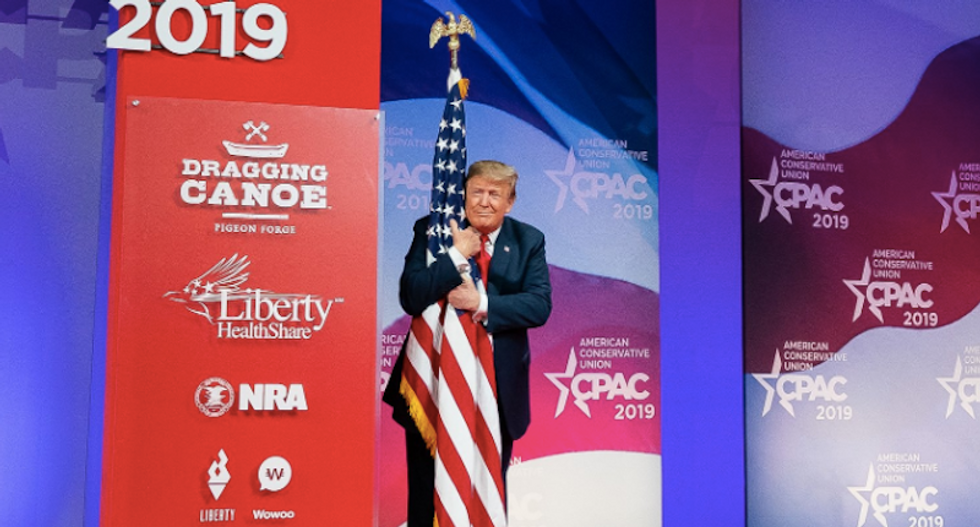 The White House tweeted out a photo of President Donald Trump hugging a flag -- and other social media users cringed in embarrassment.

The president manhandled the U.S. flag Saturday before his rambling, two-hour-plus speech at the Conservative Political Action Conference, which raised eyebrows and prompted jokes all weekend, and the White House official account later celebrated Trump's bizarre gesture on Twitter.

@WhiteHouse My guess is "The Onion" can close up shop and call it a day, because reality is way, way weirder than any parody account. 🙄
— The Mitchman (@The Mitchman)1551719825.0