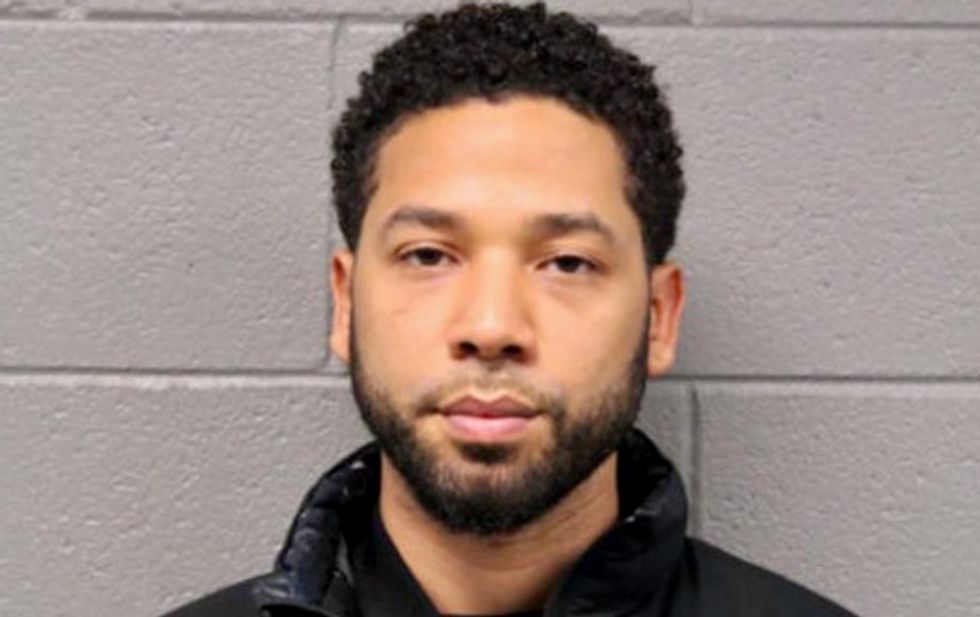 Charges against Empire actor Jussie Smollett have been dropped and his record wiped clean, the actor's legal team announced Tuesday.

Earlier in March, Smollett was charged with 16 accounts of lying to police and orchestrating a false hate crime after news broke that he was assaulted by two men in Chicago in January.

"Today, all criminal charges against Jussie Smollett were dropped and his record has been wiped clean of the filing of this tragic complaint against him,” a statement from the actor's attorneys, Tina Glandian and Patricia Brown Holmes, read. “Jussie was attacked by two people he was unable to identify on January 29th. He was a victim who was vilified and made to appear as a perpetrator as a result of false and inappropriate remarks made to the public causing an inappropriate rush to judgement."

“Jussie and many others were hurt by these unfair and unwarranted actions,” the attorneys added. “This entire situation is a reminder that there should never be an attempt to prove a case in the court of public opinion. That is wrong. It is a reminder that a victim, in this case Jussie, deserves dignity and respect. Dismissal of charges against the victim in this case was the only just result."

Charges against Jussie Smollett have been dropped by the state and his record has been wiped clean. https://t.co/lHpLvBGc3S
— Stephanie Wash (@Stephanie Wash) 1553613153.0

Prosecutors said they reached the surprise decision "after reviewing all of the facts and circumstances of the case," the Chicago Sun-Times reported.

"We believe this outcome is a just disposition and appropriate resolution to this case," the Cook County state attorney's office said.

Prosecutors also cited Smollett's volunteer community service that he already did and the $10,000 bond he posted in their decision.

All records regarding the Smollett case will be sealed, initial reports on the decision revealed.

In a statement released after the news broke, the Smollett family said the actor "has been unjustly smeared."

"Jussie is a son, a brother, a partner, a champion for human rights, and a genuine soul who would never be capable of what he was falsely accused of," the family's statement continued. "He was the victim of an assault and then falsely blamed for his own attack."

"While many were quick to rush to judgement before hearing the actual truth, we are grateful that the truth about Jussie has come to light," the Smollett family said. "We look forward to bringing the real perpetrators to justice."

Joe Magats, the prosecutor who made the decision to drop the Smollett charges, said the dropped and expunged charges are not an indication of the actor's innocence.

"We didn't exonerate him," Magats said in a statement that came out just before a press conference held by Chicago Mayor Rahm Emanuel and CPD Chief Eddie Johnson.