Kamala Harris promises to 'prosecute the case against Trump' 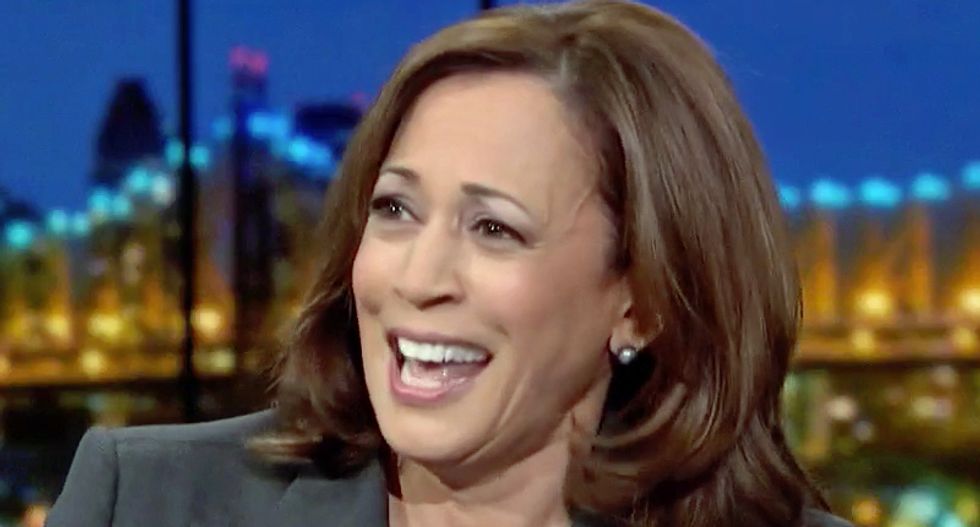 Sen. Kamala Harris (D-CA) spent Tuesday with late-night host Jimmy Kimmel talking about her record as a prosecutor and senator.

Harris admitted to turning into a fan-girl after meeting Star Wars star Mark Hamill. She said she was suddenly 12-years-old again when he told her, "may the force be with you."

Kimmel asked her what Republicans are like behind closed doors and she confessed that some of them do roll their eyes at President Donald Trump.

But the shocking moment came when Harris described the difference between a typical Senate Intelligence Committee hearing and the behind-the-scenes classified briefings that the members attend twice a week for many hours at a time.

The group hears "about threats to our nation and issues we should be concerned about," she said. "When we walked in that room, there are no cameras. There's no press. There's no audience. People take off their jackets. They roll up their sleeves, and some of the most civilized and important conversations take place in a way that is not only bipartisan but is non-partisan. So, while we see so much of partisanship that is attempting to divide our country, I will tell you, at least in my experience, on these issues around national security in a SCIF (Sensitive Compartmented Information Facility), there is a lot of unity and that is heartening."