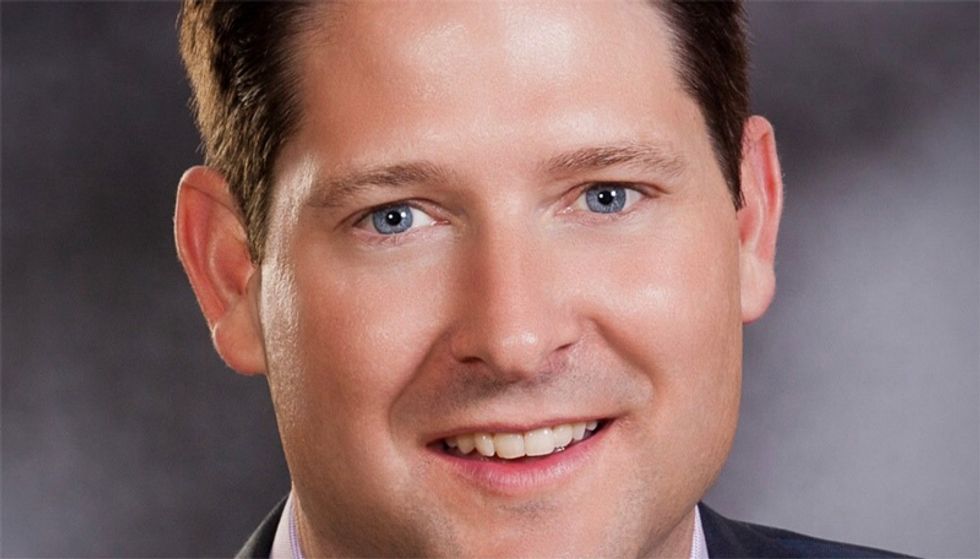 A group of high-ranking Republican lawmakers in Kansas have been given the boot from a Topeka restaurant, according to the Topeka Capital Journal.

"The owner of a downtown Topeka restaurant says he banned a group of high-ranking Kansas House Republicans and Statehouse lobbyists for being disrespectful to staff and other patrons while dining at the business," the paper reported.

"White Linen’s manager and owner describe a boisterous scene that intensified in response to directives to the 12-person crowd to be quiet and the manager’s decision to cut off the flow of alcohol to Rep. Blaine Finch, a Republican from Ottawa and speaker pro tem," they wrote.

There was a booze-fueled dust-up between staff and the lawmakers in the early evening hours of Feb. 27 after the party drank and ate at the restaurant, which is located near the capital, and some members in the party were also denied more alcohol after staff decided the group had had enough.

Per the report, others in the group of Republican lawmakers at the boozy affair included House Speaker Ron Ryckman (R-Olathe), Rep. Susan Concannon (R-Beloit), and lobbyists Dan Murray and Rachelle Colombo.

Cassidy Merriman, a manager at the restaurant, asked the group to "lower their voices" at one point, per the report.

"After she left the dining area, a server reported to her that a person in the group was obviously drunk and giving a toast to everyone in the restaurant," the Journal wrote.

"We want to ensure our guests, who are on their best behaviors, that we will enforce Kansas alcohol laws that require us to refuse to over serve individuals who are visibly intoxicated/incapacitated and, therefore, may not be on their best behaviors," the restaurant said in a post on their Facebook page. "We work diligently to make sure we uphold Kansas laws and that our guests have a great experience in the meantime," they added.

MSNBC's Joe Scarborough expressed shock over revelations that FBI agents were looking for nuclear secrets among the documents stashed away at Donald Trump's private resort in Florida.

Attorney general Merrick Garland confirmed Thursday that he personally authorized the decision to seek a search warrant for Mar-A-Lago, and sources later said documents relating to nuclear weapons were among the classified documents they were looking for -- and the "Morning Joe" host was astonished that Trump's attorney said on Fox News that she hadn't spoken yet with her client.

Actor Anne Heche 'not expected to survive' after crash: US media

US actor Anne Heche is "not expected to survive" after suffering a serious brain injury in a car crash in Los Angeles last week, US media has reported.

The fiery crash left Heche, 53, comatose with a "severe anoxic brain injury," according to a statement from a representative quoted by several outlets on Thursday.

Migrants to US turned into 'political pawns'

After leaving Venezuela and traveling 41 days north, Gustavo Mendez is now among the migrants arriving in New York on buses chartered by Republican leaders who are vying to make a political point on US immigration policy.

The 40-year-old Mendez, a chef and programming technician, was one of hundreds of asylum seekers that the ultra-conservative Republican governor of Texas, Greg Abbott, bused north in a bid to pressure President Joe Biden's administration to crack down on border crossings.