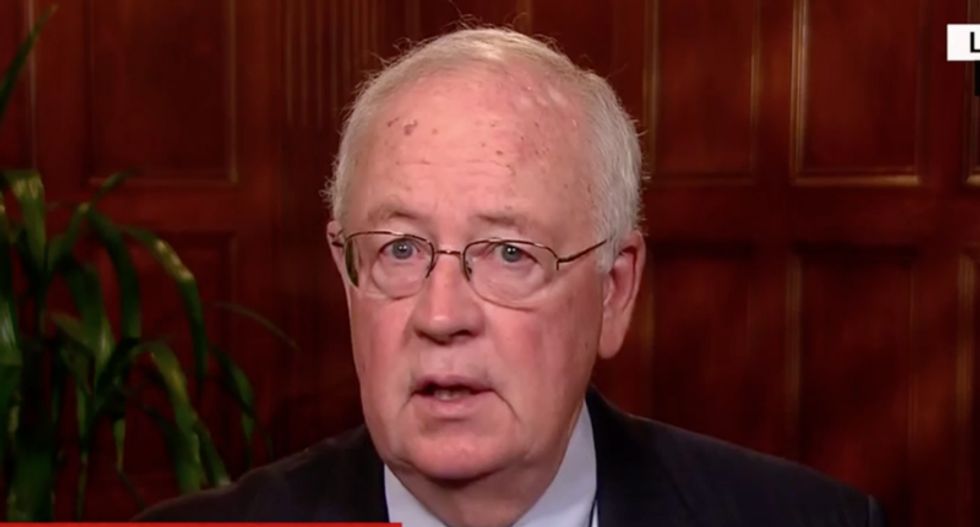 On Friday, President Donald Trump once again called the investigations against him a witch hunt.

On CNN, former White House Press Secretary Joe Lockhart talked with former special prosecutor Kenneth Starr on the major differences between Trump and President Clinton, who actually had impeachment proceedings launched against him.

"President Clinton didn't go out every day and call this a witch hunt. The president went out doing his job," Lockhart told Starr.

"To try to compare these things ... Donald Trump is using the full weight of the federal government and executive branch to protect himself and cover up what he's done," he continued.

He pointed out that there's evidence Russia interfered in the election and that members of Trump's team--and possibly Trump himself--may have participated.

They then steered the conversation to obstruction, which Starr also denied.

Lockhart pointed out that Trump admired on TV that he fired key staff because of the Russia probe.

"What else do you need to see that it's obstruction? What else?" Lockhart demanded to know.